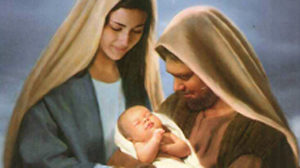 So today, let us reflect on this silent, faithful servant and his part in welcoming Jesus into our world.

Firstly, we can note most of all that Joseph did not insist on his own will, and in fact cooperated with God’s mysterious and seemingly unimaginable plan. In this sense, Joseph made himself vulnerable before God’s will.  And ‘vulnerability’, writes Brené Brown in Daring Greatly,  is the birthplace of love, belonging, joy, courage, empathy, accountability, and authenticity. If we want to find a greater depth and meaning in our spiritual lives, then vulnerability is an excellent starting point and can be  the foundation of all the above emotions and feelings which we bring to our service of God.

Secondly let us notice that Joseph is resolute and committed. He listens and acts on his deep intuition (imaged in the fact that all his message come in ‘dreams’). He is collaborative. He is compassionate. He is loyal in the face of possible ridicule.

A further aspect of Joseph’s response to God is his great silence. He does not say a single word or make any kind of statement in the gospels. He is deeply receptive and his witness is one of a listening heart and  a contemplative stance.

Then we might notice his age. At least tradition tells us that he was somewhat older than Mary (who is depicted as a young mother). In this sense we have an image of discipleship revealed to us by an elderly person; one who is faithful and still close to God despite all the struggles that life has offered. Joseph joins characters like Simeon and Anna who will also have a part to play in the infancy narratives, in demonstrating for us that older people can and do show us the way to Christ and reveal him to us.

Joseph also shows us the dignity of labour. He was not just a carpenter, rather he was a ‘builder’ since in biblical times carpenters did not just make the furniture, they often made the house too. We see him as the instructor of Jesus and we see the impact on Jesus of Joseph’s example in the way Jesus himself later speaks and teaches  – e.g. with references to “splinters in one’s eye” and “drawing up plans for a tower”. We can note too that Joseph builds up the Kingdom of God by the labour of his hands no less than by the example of his life and faith.

Finally, in Joseph we see a witness to the importance of fatherhood and to the importance of wider family life in giving a young person a stable life platform. We see this reflected in Jesus life too – his attitude to women, his ease with children, his ‘at homeness’ in others’ houses and in mixed company. All this I think can be related back to the example of Joseph as a man, a husband and as one who humbly took upon himself the role of ‘father’ to Jesus.

Let us imitate his witness and example.