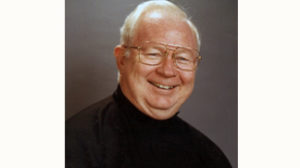 Letter from the Director

Welcome to the website of Mater Dolorosa Passionist Retreat Center.  Here we hope you will discover and begin to explore this sacred place in Sierra Madre, California.  Since 1924 the Passionists and the Mater Dolorosa Retreat League have sponsored retreats, days of prayer and other spiritual programs to enable all those who are seeking a deeper relationship with God to experience His presence in the peace, beauty and wonder in this remarkable place.

Located in the foothills of the San Gabriel Mountains, Mater Dolorosa is blessed with a spacious and comfortable retreat center that has single-room accommodations for up to 90 guests, beautifully landscaped grounds, a Memorial Garden dedicated to Our Lady of Sorrows, a life-size Way of the Cross and a variety of places for quiet meditation and prayer overlooking the San Gabriel Valley.  Mater Dolorosa is truly a sacred place that lifts the spirits and calms the souls of all who come here.

As you come to know this beautiful and sacred retreat center, I am confident that you will find here a renewed experience of God and a deep sense of His love and presence in your life.  Come and see, rest and be renewed.

We are a Passionist Retreat Center, dedicated to preaching the Passion of Jesus Christ. We welcome all who wish to hear the message of the Passion through our traditions of preaching, hospitality, and compassion.  We place our focus on the Passion of Jesus Christ and its relevance in the lives of people today. We also foster and promote spiritual growth and renewal through Passionist retreat programs, and by providing a peaceful environment of prayer and reflection.

The site of Mater Dolorosa Monastery and Retreat Center was acquired by the Passionists in 1924.  It was an 83 acre plot, at an elevation of about 1200 feet, originally called Monte Olivette, commanding a sweeping view from Los Angeles central city to the eastern limits of the San Gabriel Valley.  Behind the retreat center, the San Gabriel Mountains rise sharply.  Some Passionists resided at St. Rita’s Parish in Sierra Madre, where Passionists served from 1923 until 1951.  Others lived at a farm house on the property.

The first retreat at Mater Dolorosa was preached under the “old rubber tree,” a Moreton Bay Fig, which still stands on the property.  Mater Dolorosa Monastery, dedicated in 1932, was the first in Holy Cross Province to be constructed precisely for a men’s retreat movement.  The community lived on the second floor, and the retreatants occupied the first and third floors.  By 1950 they had outgrown the space and a separate structure was built uphill from the monastery.  The new structure brought the capacity to 70 retreatants on a weekend.  Additional expansion took place in 1985, adding another 17 retreatant rooms, two meeting rooms, and living space for the retreat director and those on extended personal retreat.

In 1991 an earthquake devastated the monastery and it subsequently was demolished.  In its place a beautiful Monastery Memorial Gardens was created in 1999.  This area consists of the Garden of Seven Sorrows, the Plaza of the Sacred Heart, and an amphitheater.  Following the earthquake, the Community lived in the former convent at Assumption Parish in Pasadena, but now have returned to live in the Retreat Center.  From the Community residence, Passionists serve as the retreat team, in parishes and other ministries within the Archdiocese.

Mater Dolorosa has been providing retreats since 1926. The program has expanded over the years, and today retreats are offered for men, women and married couples in English and Spanish. Hosted programs are available for high school groups, other Catholic programs as well as many ecumenical groups

Additionally, 2,500-3,000 people visit on Good Friday to walk and pray our uniquely beautiful Stations of the Cross. 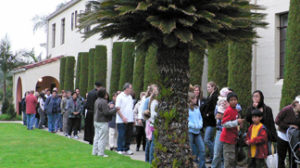 What I liked best was almost everything – the fine talks, comfortable accommodations, excellent nutritious meals and the beautiful surroundings.  What I like least – when it was time to go.   ~Ed V.

This place is a gift from God and I am so thankful for what it has meant in my life.  I hope it will be here for generations to come.   ~Len C.

I completely appreciated the alone time, and the silence – it created in me the ability to slow down and be with God.     ~Anon 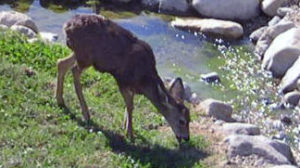 Our retreat center is committed to creating a place for people to have a place to “get away” for prayer, spiritual renewal and refreshment.

In order to make this possible, we need your help! There are many ways you can share your gifts and talents to further the mission of Jesus Christ. If you are interested in any of the following, please let us know by emailing: [email protected]

Thank you for your help!