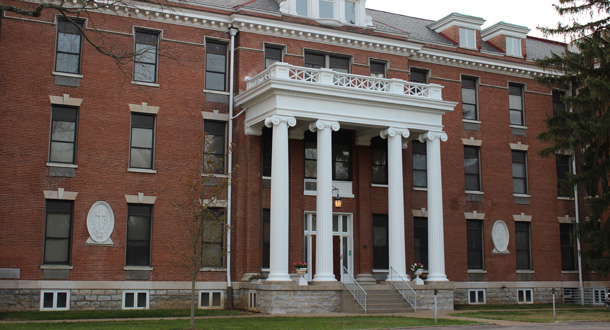 Holy Cross Province has been enriched by its growth not only nationally but internationally as well. Holy Cross Province assigned missionaries to Japan in 1952 and to Korea in 1963; both of these missions grew strong and are now independent territories. In 1981, the Passionists responded to a call to establish a mission in the southern part of India. Passionist vocations and programs of outreach thrived there so much so that a new Vice-Province was established in 2013. In 2015 we added Haiti to our list of international missions. Passionists of Holy Cross Province have also served in China, Germany, the Philippines, and Jamaica, West Indies.

While proud of our flourishing ministries both nationally and internationally, we are very excited to experience growth in a more innovative arena. The last 10 years in particular have been a time of great collaboration between vowed Passionists and lay men and women. The religious members of Holy Cross Province have actively invited lay people to join them in advancing the charism of St. Paul of the Cross, founder of the Congregation of the Passion. From this outreach came the creation of the Community of Passionist Partners (CPPs) which currently has more than 250 lay members. This collaboration continues to by a dynamic interchange of wisdom, expertise, and lived experience.

Today, vocation efforts, faithful service to God’s people, and increased formation of lay people in the Passionist spirituality ensure the ongoing vibrancy of the Passionist Community for decades to come. 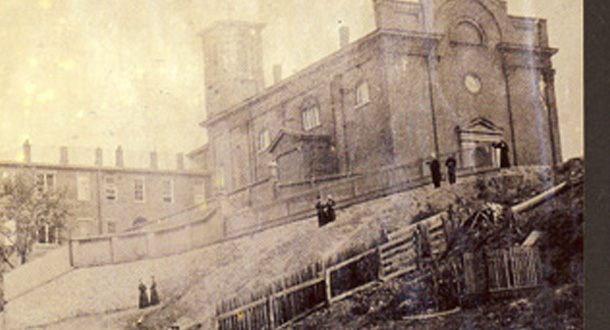 May 1852 – First Passionist to arrive in United States was Fr. Peter Magagnotto, CP. He was an Italian who had arrived from a mission founded among the Australian aborigines which unfortunately didn’t succeed. He first ministered in northern California and then near Virginia City where a Passionist community was established after he returned to Italy in 1862 with four priests and a brother. They ministered to the Italian workers and their families in the silver mines. This foundation was short lived: two of the Passionists went to southern Mexico while the others went east.

1852 – Shortly after Fr. Peter Magagnotto, CP arrived in the United States, four Passionists founded the monastery in Pittsburg which survives to this day. These were Fr Anthony Calandri, CP, Fr. Stanislaus Parczyk, CP, Fr Albinus Magno, CP and Br. Lawrence DiGiacomo, CP.  Despite their limitation in speaking English, they soon gained the esteem and popularity of the locals. They were very successful in preaching parish missions and soon had many young men who wanted to join the community as Passionists. Fr. Parczyk was fluent in Polish and German and so was able to take over as pastor at a German speaking parish close by. Bro. Lawrence, the same who accompanied Fr Magagnotto in Nevada, travelled a lot raising funds for the new foundation; in 1864 he was assigned to Mexico but contracted a tropical disease. He returned to New York where he died in 1865.

It would be very long to speak of the development of the Passionists in this part of the world and those who are interested can read up on this fascinating history.

1902 – Under the provincial leadership of Fr Fidelis Kentstone, CP, St Paul of the Cross Province, faced with a growth in members in such a vast territory, hard to manage under the leadership of one person, it was decided to form a new province. This is how Holy Cross Province came into existence.

1920 – For the next 20 years, post World War I, the Passionists experienced an incredible growth and expansion, never before seen in the Congregation, especially in the US. At the same time, the US was experiencing a period of unheard of prosperity. Expansion in the US included missionary outreach in China, Germany, Austria and Canada, not to mention expansion within the country, and the spreading of the gospel through the Sign magazine which had a big impact in the Church media in the US and abroad. When Fr Silvius Di Vezza, superior general at the time, visited the US in 1923, he described the communities as “splendid, good, earnest religious, faithful to the regular observances, zealous for the salvation of souls.”

1970 – Around this time, great changes and adjustments were urged as the Church entered a new period of its history of renewal with the guidelines of Vatican Council II often referred to a Second Pentecost. These changes affected religious life and therefore the Passionists as well. Change is always challenging but necessary as the Church adjusts to a changing world. The Church does not change its doctrine but the way it is lived out. The same is true of religious life. These changes had negative effects due to polarization between those who clung to the past and those who wanted to move forward. Many religious and priests left their life style and entrance to religious orders and seminaries dropped considerably. We are still suffering the effects, but from a “crude winter, spring is gradually showing forth” under an incredible pope (Francis) who “shines bright” amidst an ever more turbulent world of our times.

The Passionist history is full of successful stories as well as failures. Even Jesus had failures, but we must remind ourselves that what counts is our faithful response to God’s call, and we have incredible examples of Passionists who did just that. Think for instance of Fr. Peter Magagnotto, CP who despite failures in Australia and the US, moved forward into a challenging mission in the area of Chiapas in southern Mexico.

Abundant information of the Passionists is found in the electronic archives:
http://www.cpprovince.org/archives/ 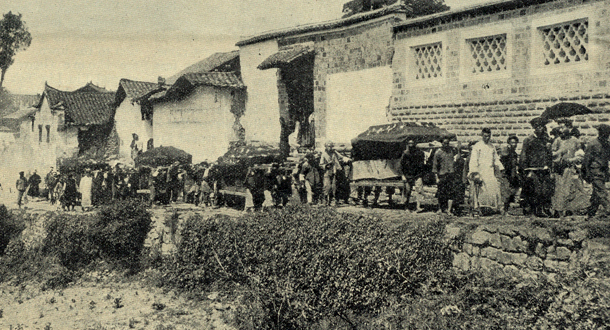 On April 24, 1929, three dedicated, Passionist missionaries lost their lives in Hua-chiao, China.  Fathers Walter Coveyou, Clement Seybold and Godfrey Holbein were robbed and murdered by a band of thieves while traveling to the Passionist Mission at Yuanchow, Hunan.  Unarmed and vulnerable, the three had just taken part in an annual retreat and were returning to the mission post.  Their bodies were found in an abandoned mine shaft.  This tragedy marked the first time that American Catholic missionaries were killed while working to bring the message of Christ to China. 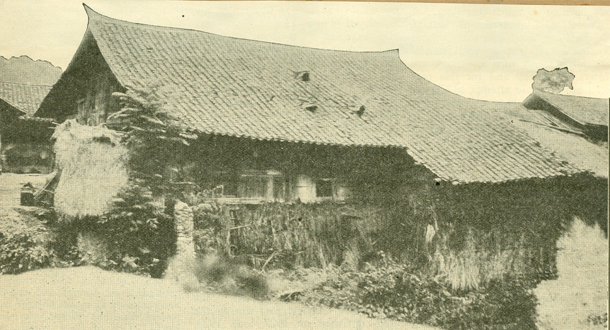 The area of western Hunan was a lawless region in the late 1920s.  Controlled by war lords, the area had become so dangerous that travelers were forced to use armed escorts to get around.  The Chinese government was powerless against the local armies who routinely robbed and killed foreigners.   The American and Chinese governments, along with authorities from Vatican City worked tirelessly to bring those responsible to justice, however, their efforts were not successful.  Though it cannot be said for certain if the three were killed because of their role as Catholic missionaries, it was well known in the emerging Communist nation that those preaching faith in God were seen as threats.

The brave Passionist missionaries left the safety of their homes to minister to a people in great need.  With them, they brought not only the saving message of Christ’s death and resurrection but also food, medical supplies and the promise of order in a chaotic place.  Their great hope was to bring the saving message of Christ Crucified to a people longing for hope.  The deaths of these three great men brought cries of martyrdom around the globe.

Visit the Passionist Archives for more information about Passionists past and present.

Scroll down for more historical images from the Passionist Missionaries in China:

Father Godfrey Holbein professed his vows in 1917 and volunteered for missionary work in China several years later.  No stranger to the political turmoil in Communist China, Father Holbein had been forced to evacuate his local Hunan mission due to dangerous conditions in 1927.  After much deliberation, he had asked to return to the states to mission to African-American Catholics in North Carolina.  Unfortunately, he never returned.  Instead, he would be executed in this unthinkable ambush.

Father Clement Seybold entered the Passionist Preparatory Seminary in 1914.  Ordained in 1923, he volunteered for the mission in China with great enthusiasm.  Contemporaries remembered his strong command of the difficult Chinese dialect and his confidence in such important work in the troubled country.

Father Walter Coveyou was a native mid-westerner.  After living and working in Michigan and Ohio for several years after his ordination in 1920, he traveled to China in 1928.  The Chinese missionary work was something he believed in strongly.  Only six months into his service there, Father Coveyou was shot and killed in the attack.

Today, the resting place of Fathers Seybold, Coveyou and Holbein in west Hunan is marked with a memorial to their great sacrifice.  We remember them and their great contribution to the roots of Christianity in China today.  Because of their efforts, Christianity took hold and grew even as the repression of Communism flourished.   They are owed our great respect and gratitude.

History of the Passionist Retreats

In 1740, St. Paul of the Cross began gathering companions who would live and proclaim a loving remembrance of the sufferings and death of Jesus. He did so from his profound conviction that keeping the memory of the Passion alive had the power to inspire and change the lives of men and women all over the world.

As these men, who would later be called “Passionists,” gathered in residences called “retreats,” others were invited to come for a short time and experience the prayer and solitude that such places offered. Today, Passionist Retreat Centers located throughout the world continue this work, mainly through weekend retreats.

People make a retreat for a variety of reasons from grappling with a crisis in their lives to needing help with an important decision. In choosing to attend a Passionist retreat, many retreatants experience a personal encounter with God through a balance of communal prayer, inspirational talks, silence and solitude, natural beauty and sacramental grace. This sacred time brings renewal for your body, mind and spirit.

Passionist retreat centers also provide a beautiful and unique setting with ample space and facilities for corporate organizations, religious communities, church, school groups and others to gather for meetings.

Spiritual retreats are open to Catholics and non-Catholics. The prayer and worship styles are Catholic because that’s who we are, but all are welcome!

Outstanding Passionists from the US

No doubt we could mention a number of outstanding Passionists through their journey in US History, but we will just mention a few:

Fr. Theodore Foley, C.P. (March 3, 1913 – October 9, 1974) – ex-superior general from St Paul of the Cross Province in the US, who is being evaluated for beatification and canonization as a saint. Details are found at: