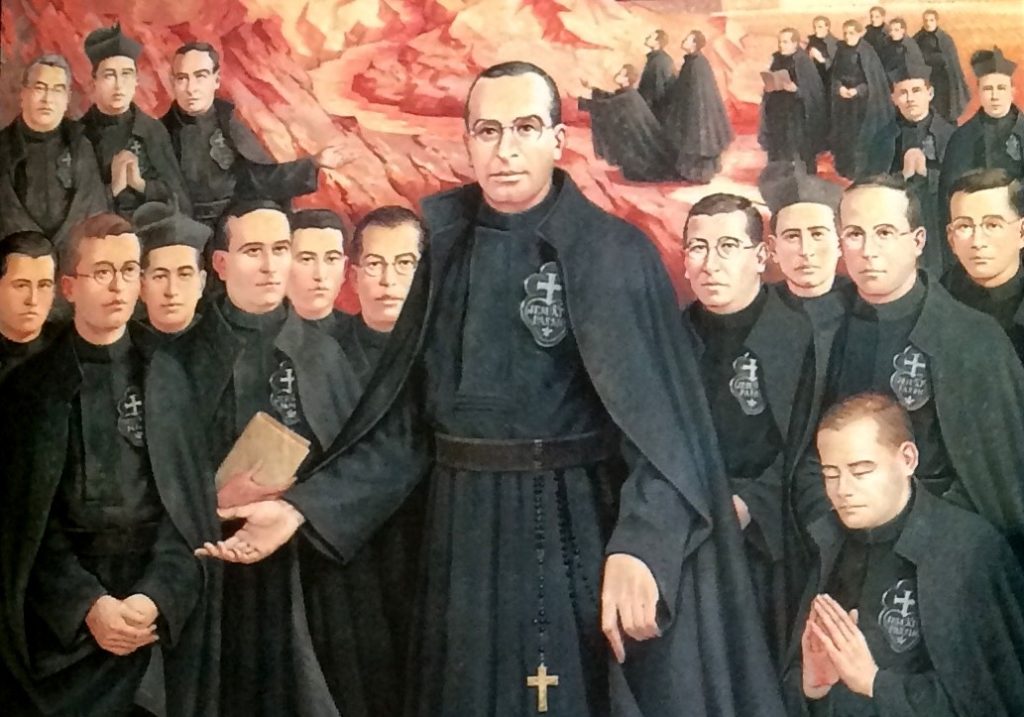 Blessed Nicéforo de Jesús y María (Vicente Díez Tejerina) was born in 1893 and Blessed Juan Pedro de San Antonio (José María Bengoa Aranguren) in 1890. Both were born in Spain. Aspiring to do something meaningful in their life, they responded to God’s call generously by embracing religious life in the Passionist Congregation. They volunteered as students to go as missionaries to the American Continent. They studied at Toluca, Mexico, but because of the persecution of the Church during the presidency of Plutarco Calles, they were imprisoned and they exiled to the United States.  They completed their studies for the priesthood in Chicago and were ordained in the cathedral by Archbishop Mundelein in 1916. They preached many popular missions among the Latinos in United Sates, Mexico and Cuba.

Juan Pedro had to return to Spain in 1926 and Necéfero in 1932 to take up responsibilities of leadership of the Passionist Congregation in their country. As the civil war was breaking out in Spain in 1936, both died heroically as martyrs defending the Catholic faith along with other 24 Passionists, by a group of anti ecclesial anarchists. Before they died, Nicéfero who was the Provincial Superior,  stationed in Daimiel, exhorted his community, mostly students, to be brave like Jesus in the Garden of Gethsemane, gave them general absolution and Communion to strengthen them spiritually.

As he was dying, Nicéfero with a bullet in his body, smiled at his persecutor offering him forgiveness, but the other, enraged, put an end to Nicefero’s life with another bullet.

Pedro Bengoa, was martyred a few days later in Ciudad Real. His last words were “Long live Christ the King”

The martyrs were beatified by Pope John Paul II. As Christ in the Garden of Gethsemane, their example strengthens us to be courageous in taking important challenging decisions at difficult times of our life and/or of the historical period we live in.