“I feel that Christ is brother to all people. He is my ultimate model in terms of being a brother to others—for my ministry, my life in community, and the people that I pray for. I’ve seen how Jesus, in his personhood, as a man, was very much a brother to people who had no one. He was very present to people who were isolated or on the fringes of society. He reached out to them and taught in many different contexts.” 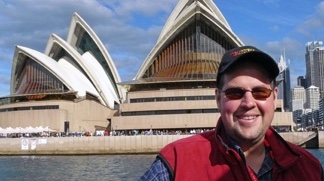 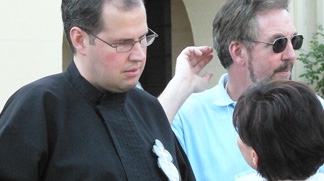 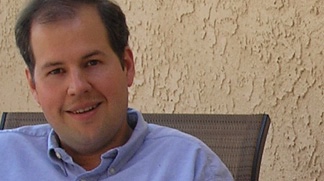 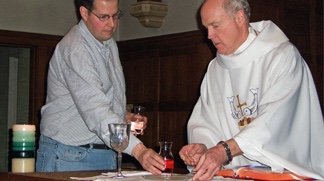 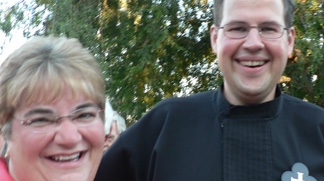 Your first focus in the seminary was to study for priesthood. How did you discern that you were being called to be a brother?

My experience in a diocesan seminary program gave me a good education. It also gave me a valuable opportunity to participate in summer internships and other activities that helped me realize that too many aspects of priestly ordination do not resonate with who I am called to be. Having gone to the Xaverian Brothers High School, I had early role models of living the life of a brother. I saw myself in terms of being a brother within a religious community and serving in some type of ministry. The kinds of ministry that drew me were not activities requiring ordination.

The more I got to know Passionist brothers, the better I knew there was something right about this vocation, it seemed “correct.” A lot of the brothers I was interacting with were more of the “old style brothers,” the working brothers. I was very much drawn to their devotion, their dedication to the community. That is what brought me into the community more deeply. There is a different level of professionalism to brotherhood these days. In the past, most brothers were skilled tradesmen. Today, brothers are called into preaching and counseling, as well as administration. These are skills that I’m learning, and adapting to do well in this environment.

One of the gifts of the brotherhood today is that there’s a little more freedom. I won’t be held to certain liturgical or priestly responsibilities, and might have options to move into different ministerial environments, that as a priest, I might not be able to do. With either vocation, there are gifts and sacrifices. I just continue to be open to exploring the gifts and possibilities of religious brotherhood.

It’s important not to get caught up in comparisons of brotherhood and priesthood. Some people misunderstand the vocation of brothers, thinking brothers are the guys who couldn’t cut it as priests. Brotherhood is not “priesthood-lite”—made up of guys who couldn’t cut it in an academic and ministerial environment. I am trying to dispel some of that ignorance. I have not been called to ordained ministry, but to a different style of vowed service within the Passionist community.

As a Passionist Community, we preach Christ Crucified. How do you do you encounter the Passion in your ministry?

If we look at the crucifix in our chapel, we see Jesus is still on the cross and his eyes are open—he is still suffering. For me, Christ crucified is still alive and is still suffering in people today, people who are poor or oppressed, people who deal with addictions. And a lot of those people come here, a lot of those people I’ve met on retreat weekends. They are very much suffering, experiencing the Passion in their lives.

Sometimes people feel they are suffering for something they’ve done. They’ve made poor choices and they’ve made some mistakes in life. There might be an element of truth in that, but when I’m companioning with people, I invite them to see their suffering in a different way, that Jesus is walking with them in their suffering, and that it can be the stuff that can become new life, that can be moved in a different direction.

Sometimes it’s hard just to be with people who are suffering. It’s hard but it’s good too, there is a certain giftedness that I feel, it’s almost a privilege, when people open up and start sharing the woundedness and the pain in their life. I am amazed by the faith of some people, just in light of what they’ve endured, and how they’ve experienced Good Friday and yet they have also experienced the Resurrection. Other times, people just see suffering as carrying the cross uphill. It’s difficult and it’s painful, and life is a mess. That’s when offering a word of hope, or just being there—sitting in the mud with them, so to speak, listening to what they are going through, can be the catalyst for new life, for new energy to come forth. When a person feels that “Someone’s heard me now,” they become able to let go of the pain. Inviting people to let go of their pain, to let Jesus help them along, is a tremendous gift in the ministry of being present. I continue to be amazed at how Christ works in the lives of people.