A meeting place for Passionist Partners… 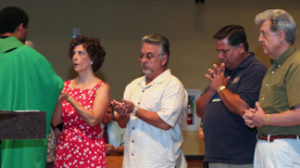 Community of Passionist Partner members have been identified as one of the stewards of the Charism of St. Paul of the Cross and as such must continue to develop as Christians and as members of a community. CPP is an integral part of Holy Cross Province. 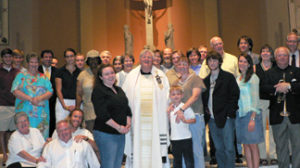 We Partners formally commit, for a specific period to time, to share in the charism of Saint Paul of the Cross through a contemplative prayer life, ongoing spiritual formation, and profession of the message of Christ Crucified.

We feel that we have a unique organization which is affiliated with the Passionist community on many levels, not the least of which is sharing our covenant with professed religious as well as laity. We gather, professed and laity, in our common vocation of baptism, and in our common goal, to understand and profess the profound good news of Jesus’ Gospel.

We are a community of believers, of seekers and of people who care about a suffering world. We find meaning in the Passion of Jesus and we explore new ways of following in the footsteps of St. Paul of the Cross.

Hear from CPPs about their relationship to Jesus’ Passion…

In addition, during this time, I will make my individual promise of ways to live out the mission statement of this Community.

Furthermore, as an expression of my love and support for my brothers and sisters of the Community of Passionist Partners, I will serve with them in common mission, participating in community gatherings and entering fully into community life.

With the help of God, the intercession of St. Paul of the Cross, and support of this Community of Passionist Partners, I promise to fulfill this commitment.

The 1988 and 1994 General Chapters of the Passionist Community stated: “Sharing in the joys and sorrows of our contemporaries, we announce the gospel of the Passion… We let ourselves be challenged and evangelized by the poor and their cry for liberation.”

“Our charism is a great gift. Our vocation to keep alive the memory of the Passion of Jesus does not belong only to our congregation or to our communities; it is open to all those human beings who are moved by the action of the Holy Spirit. We accept the call to live in communion with so many men and women who witness to its relevance and vitality.”

During the 1995 Provincial chapter of the Passionist Community of Holy Cross Province, there were discussions on the Community of Passionist Partners. Earlier work done by a Lay Collaboration Committee produced a document concerning Lay Partnership. From 1996 through 1997, there was a development of three models of partnership.

A refinement committee was formed to evaluate survey results completed by the Passionist Community and interested laity and to improve upon the original written document.

A board of Passionist Partners was formed in May 1997, comprised of four laity and three Passionists. The work they produced has served as the foundation for the formation of the Community of Passionist Partners. Four key elements became the focus of partnership: Community, Prayer, Apostolate/Ministry and the Memory of Christ’s Passion.

A formation program began in Birmingham, Alabama in November 1999. There are currently nine communities of Passionist Partners in the United States.

Participants in the Community of Passionist Partners gather once a month for twelve months. Each quarter flows from a centerpiece presentation (usually a day long meeting) with two, shorter, follow-up sessions. The year of formation culminates in a Day of Covenanting.

Then, a new year begins with new members welcomed into formation, growing in spirituality alongside the covenanted members who continue the journey, living out their covenants as the year unfolds.

At the end of the second year, those new members who feel ready, enter into covenant with the community, and those who previously covenanted renew and/or revise their commitments as well.

Then new members are welcomed into formation, with various members facilitating the community’s prayer, hospitality, and information sessions…

And so it grows…