It is with profound sadness and a deep sense of gratitude for his life, that we share Father Don Senior, C.P., died on Tuesday, November 8, 2022, at the age of 82, after a brief illness. 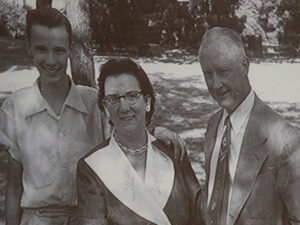 Born on January 1, 1940, to Vincent and Margaret Senior, Father Don was the first baby born in the new year and the decade, in Philadelphia, Pennsylvania.

When Don was in junior high school, the family moved from Philadelphia to Louisville, Kentucky, where Vincent Senior found gainful employment. The family joined St. Agnes Parish in Louisville, which was staffed by Passionist priests from the adjacent Sacred Heart Monastery.

Upon completing formation, Don was ordained a priest on April 27, 1967. 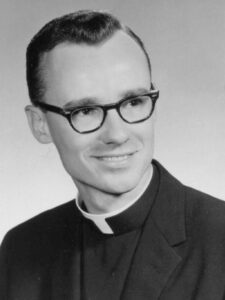 In an interview with Joyce Duriga for the Chicago Catholic newspaper, Don stated that he wanted to serve as a Passionist missionary in Korea after ordination and asked permission to do so. According to Don, he received the following response from the Province Superior:

“He listened but then later said, ‘We decided we are going to send you for graduate studies in Scripture in Europe,’” Senior said. “I’ve thought of it since like an arranged marriage. You have one thing in mind but you don’t have the freedom to choose it. Somebody else chooses it for you. Then hopefully you fall in love with your spouse. That’s sort of what happened to me. The study of the Scriptures have sustained my life.”

Read the full interview in the Chicago Catholic.

A few years ago, Don shared some of his vocation story:

Father Don was very involved at Catholic Theological Union (CTU) for many years. CTU presented his bio as the following:

Rev. Donald Senior, C.P., is President Emeritus and Chancellor of Catholic Theological Union in Chicago (CTU), where he is also a member of the faculty as Professor of New Testament.  Born in Philadelphia, he is a member of the Passionist Congregation and was ordained a priest in 1967.  He received his doctorate in New Testament studies from the University of Louvain in Belgium in 1972, with advanced studies at Hebrew Union College in Cincinnati and Harvard University. He served as president of CTU for 23 years.  He is a frequent lecturer and speaker throughout the United States and abroad, serves on numerous boards and commissions; and is actively involved in the interreligious dialogue, particularly with the Jewish and Muslim communities.  Fr. Senior has published extensively on biblical topics, with numerous books and articles for both scholarly and popular audiences. He led numerous study tours of the Middle East

He was the recipient of the National Catholic Library Association’s 1994 Jerome Award for Outstanding Scholarship and the 1996 National Catholic Education Association’s Bishop Loras Lane Award for outstanding service to Catholic education.  In 2013 he received the O’Connell-Douglas Award for his contribution to interreligious and ecumenical harmony, and the Gutenberg Award for biblical scholarship. In 2014 he was granted by the Governor of Illinois, the Order of Lincoln Award, the State’s highest honor for public service. He is past President of the Catholic Biblical Association of America (1997-1998), of the Association of Theological Schools of the United States and Canada (2007-2009) and of the Council of Religious Leaders of Metropolitan Chicago (2012-14).  Beginning in 2001, he has served the last three Popes as the American representative on the Pontifical Biblical Commission. Source: Catholic Theological Union.

Fr. Don received several other awards over the years for his outstanding contributions to the life and work of the church.

Father Don authored numerous books, articles, and other writings. Many of his books can be found here.