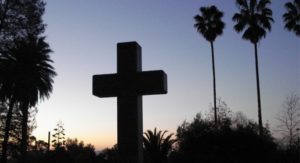 So much of the Scriptures is devoted to the search for and appreciation of signs, that is, indications from God about the direction of our lives.  We may regard this as rather quaint, or at least notably different from how we spend our time, since we may devote relatively little time and effort, on our own, to this exercise.  And this may be true, at least so far as God is concerned, but it’s certainly not true in other kinds of terms, since, factually, we spend a great amount of time either searching for or encountering signs, as we make our way through life.

For instance, the readings of “apps” on the screens of our electronic equipment pieces has become an art form, at which we spend a considerable amount of time guiding ourselves by the “apps” we have engaged.   And, in driving a car, we know, upon reflection, how we are constantly on the lookout for signs, especially when we’re in a strange place—unless we rely on a GPS system to guide us.

But these kinds of signs are qualitatively different from the signs that preoccupied so many of the characters filling the pages of the bible.  For, almost invariably, these kind of signs have a Godward orientation to them.  This we notice, as we read the scriptures the church assigns for this day, for we find this kind of preoccupation with signs forming the heart of the message presented in them.

For instance, we listen to the final testimony of the deacon, and first martyr of the church, St. Stephen.  He is giving his witness about the person of Jesus Christ against the background of a whole host of prophets foretelling the coming “of the righteous one”, and he ends his testimony by personally witnessing to what he sees at that very moment: “the Son of Man standing at the right hand of God”.  Stephen sees these as appeals to signs about God’s workings among the Jewish people, but the Sanhedrin, whom Stephen is addressing, become furious, and stone him to death, while Saul, the future Paul the Apostle, stands by, approving this incident.

Stephen presented these as signs of God operating at that moment in their lives, but these signs were rejected.  And, as we reflect on the very next reading for this day, from John’s Gospel, we hear of an encounter of Jesus with those gathered around Him to hear what He had to say about Himself, and it becomes an issue again of signs: “What sign can you do, that we may see and believe in you?”  And they cite the gift of manna from heaven given their ancestors, which they regarded as a great sign of God’s favor toward them.  So Jesus picks up on this remark, and provides them a comparable sign, far greater than manna, in saying: “I am the bread of life…”  And, of course, this sign too was ultimately rejected, or at least misunderstood, by His interrogators.

So, should we sort through the signs that dot the landscape of our lives, we should be prodded by these readings to explore whether any of them convey the significance of the signs presented by Stephen or Jesus to those crowded around them.    For, tragic though it was that these signs were ultimately dismissed, they at least showed people who were looking for more than electronic or highway information in the signs they encountered.  They were looking for signs suggesting the finger of God operative in their lives, indicating a direction for them to pursue.

When we next study the horoscope or graphology, we may move into a stage of sign analysis that moves us a bit closer to the levels that the signs conveyed in today’s scriptures provide, but, in the last analysis, it is not until we sense the finger of God active in the variety of signs that appear along our life trajectory that we are endowing signs with their fullest meaning.