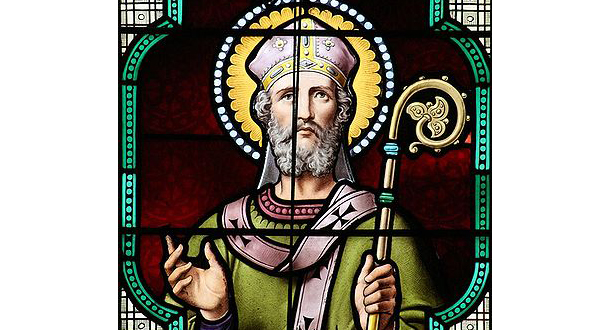 St. Anselm, whose feast day we celebrate each April 21, was a member of the monastery of Bec in France, when he was elected abbot there.  But since his abilities were considerable, he was also later elected archbishop of Canterbury in England.  This dual church leadership position occurred at a time when the current separation between France and England was less prominent than it now is. But he was soon in conflict with the English monarch and went to Rome to gain the support of the Pope, who gladly provided that.  He returned to his archdiocese in England, with a new monarch ruling the kingdom, and once again Anselm found himself in disagreement with this new king, so he returned to Rome to gain its support once again, which he received.  Eventually he and the king reconciled, so he returned to his see in Canterbury where he remained till his death.

Anselm was not a man whom kings could easily push around, and that was an advantage of which he had reason to be proud.  But, along with this achievement, he has come down in the pages of history, at least of church history, as a great theologian, representing a developing phase of theology, to be known as scholasticism, which was undergoing a change as a result of bringing a new emphasis on one’s power of reason about the workings of God in this world of ours, with the aid of some new tools of philosophical speculation that were beginning to pervade western Europe at this time.  Anselm was at the cutting edge of Catholic thinkers of the time who saw potential in this new style of speculative thought, when brought to bear on God and His works.  So, amidst all his other involvements, Anselm began to write a theology inspired by this new style of thinking and speculation.  An influential book of his was named WHY DID GOD BECOME MAN? (Cur Deus Homo?)  His provocative motto was : fides quaerens intellectum (faith seeking understanding).  He was of the strong opinion that faith was not to be accepted simply on the fact that it is authoritatively presented us, e.g., in the bible, but that its strength in throwing light on divine things that perplex and mystify us could be explored in new ways to enrich our understanding of God.  The upshot of this was that we should not only accept our faith, but study and reflect on it, so that we are personally enriched by it so as to better understand the works of God underway in this world of ours.  As a result of this conviction of his, he is regarded as the Father of Scholasticism, which is a type of theology that calls upon philosophical speculation to methodically  understand the works of God in this world of ours.

He authored an influential book, CUR DEUS HOMO?, which has become a good introduction generating  questions about things regarding God, and this has intrigued theologians over the centuries ever since.  Even today it stirs up theological speculation: WHY DID GOD BECOME HUMAN?  It spills over into that part of theology devoted to the Passion of Christ (His sufferings and death on the cross).  Why did Christ die on the cross?  This question has generated a host of answers over the centuries, based on the differing orientations and leanings of those asking the question.

So we have In St. Anselm that rare combination of scholarship and practical speculation that gave him a prominent position among the leadership people of the 11th century, that laid the groundwork for the next generation of great thinkers, such as SS. Thomas Aquinas and Bonaventure.  Interestingly, Anselm’s question, WHY DID GOD BECOME MAN (e.g., human) elicited differing answers from these two outstanding thinkers of the 13th century: WHY?  Out of love, mercy, concern, etc.?  Was it because we were mishandling things so miserably, or because God had a better plan for us?  St. Anselm stands at the source of these “bigger than life” questions, and encourages us to think long and hard about God’s involvement in our lives.