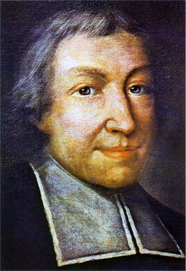 The other day in the midst of a rather heated discussion, a friend of mine who just happens to be an African American man, pointed out to me that I live a privileged existence. That took me back and initially I wanted to deny it. I couldn’t though; it’s true no matter how improbable that seems to me. It’s probably that same denial that makes it hard for me to believe that such situations as reported in today’s first scriptural selection  (ACTS 5: 2:7-33) actually happened. Scripture stories often seem so remote and unrelated to my world.

Closer to my world is John Baptist de La Salle whose life we recall today.  He was born just 43 years before St. Paul of the Cross, in 1651. Unlike the apostles brought before the Sanhedrin in today’s reading he was born into privilege. Following the Spirit, he rejected this life in favor of educating the poor of his hometown Reims, France. He did so at considerable cost to his own social standing, incurring the disdain of the social elite of his day by moving into a home with the unpolished teachers of the poor hoping to teach them manners and refinement. This led to his eventually founding the first normal school (school dedicated to training teachers) as well as the first religious institute of lay brothers who were not priests. We know these men in the United States as the Christian Brothers.

Help me God in my unbelief, especially when it centers on people who are not as privileged as I. Give me the courage to give up my position as de la Salle did, and to follow the example the apostles demonstrate in today’s scripture, risking death to witness in word and deed to the marvels of your works in my world today.