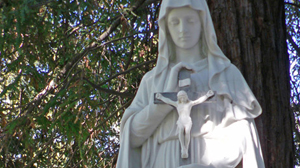 Sitting in the local Starbucks with a friend the other night, we talked about the movie currently showing in the Chicago land area “The Shack” based on the book by the same name written by William P. Young and published in 2007.  Both tell the story of parents and siblings who lose the youngest child of the family to violence and how each of them reacts to that. Mostly they blame themselves, thinking: “if only I had done this, my daughter, my sister would be with us today. Why did I behave as I did?” The main character, the father, blames and is angry at God for taking his precious little girl.

My mother died when I was ten and I spent the next 35 years of my life being angry. While I didn’t focus that anger on God, I might as well have. The anger finally came to an end in a therapist’s office where after six months of meeting for an hour every week the counselor confronted me with: “You’re angry, aren’t you!” I could no longer deny it, I was angry with my mother for dying. While that seems obvious to me now, it did not to the ten year old who could never get angry at his mother.

To say that life can be challenging is a gross understatement today as I suspect it was 2,000 years ago when Jesus walked the earth. Like the people in today’s gospel selection, I’ve seen miracles both in my own life and those of my friends, but I’ve also shared in their struggles. I hope I can be one of the many…“And many there began to believe in him.” (JN 10:42)