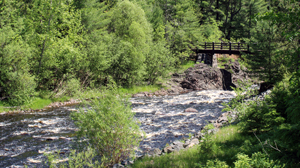 Perhaps the film that made the most profound impact on me as a young man was “One Flew Over the Cuckoo’s Nest’ (1975) – the story of an recidivist criminal (Randal) who whilst guilty of serious crimes, has feigned mental illness in order to find a way into an ‘easier’ life of detention in an asylum rather than a regular jail. Randal manages to become a force for change within the institution and brings many of the inmates to life with his energy and daring escapades. Of course in this he challenges the authority of the ‘system’ and is in conflict with some of the principal officials in the asylum whose power he is threatening. These people conspire against Randal and actively seek his downfall rather than choosing to take note of the new life that he has brought to others by his ‘unorthodox’ methods – yet the changes he has brought about are for good, something they can easily observe before their own eyes.

The basic the plot may well sounds familiar to us, in that it mirrors dynamics that we are all too familiar with in our mediations on the life and mission of Jesus.

One imagines that ‘good news’ – new life and freedom for people – would be widely accepted any any society and at any period of history. Of course we know that such acceptance depends on what one understands as ‘good news’ too.

In the case of Jesus it is not so much that the chief priests and the Pharisees have chosen to ignore the good he is doing, and that the people are confirming by their allegiance, but that they choose to interpret it according to their own biased viewpoint. Where the people see ‘good’ the chief priests and Pharisees choose to see ‘danger’ and ‘threat’ to the nation’s well being! One does not have to look far beneath the surface to see that when they say that the “Romans will come
and take away both our land and our nation“, they are really fearing a loss of their own power!

Today, as we contemplate the scriptures, and move towards the end of our Lenten Journey, we see that the forces of opposition against Jesus are coalescing and that they have moved from mere ‘talk’ to actively planning his demise.

Note too that while we are rational beings, sometimes rational thought can be manipulated and misdirected – by self interest and greed – so that the truth is avoided. Such mechanisms often allow deeper, more  sinister motives to prevail and be  ‘justified’; leading many times to innocent suffering and the seeming triumph of evil.

Today’s readings invite us to live by the truth, to seek it above all, to be brave enough to put aside preferences and at times prejudices in order to see as God sees.

Let us embrace the ‘good news’ whenever and wherever the Spirit of the lord manifests it amongst us. Let us live as the people that have been called by God to walk in the light of the truth, and let us aspire to be worthy of the Lord’s promise: “My dwelling shall be with them; I will be their God, and they shall be my people”.