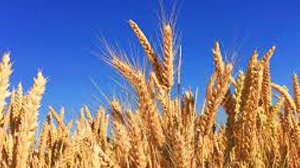 Many moons ago I was studying for my doctoral degree in Scripture at the University of Louvain in Belgium.  Occasionally, some of us would take the ferry to England to buy books.  Mind you, this antedates the Common Market—yes, that long ago–and prices for books were much cheaper in England than in Belgium.  I remember sorting through a stand of used books in front of Blackwell’s Book Store in Oxford, a treasure house of books on theology.  To my delight I discovered a leather-bound edition of J. C. Hawkins, Horae Synopticae.  Before you are tempted to order this on Amazon, realize that it is a turgid study of the literary relationships among the Gospels of Matthew, Mark and Luke.  Only a doctoral student who had basically lost touch with the outside world would be excited by a book like this!

On the way home, I took out my treasure and noted that the original owner had written a Greek phrase on the inside cover: “Ho de agros estin ho kosmos” (“The field is the world”).   I thought it was vaguely familiar and wondered if it were a quote from an ancient Greek poet.  Only much later, to my great embarrassment, did I realize it was a saying of Jesus found in Matthew’s Gospel (13:38)—in fact the same gospel passage for today’s Mass! And I had been spending the waking hours of each day studying this Gospel for my doctoral dissertation!

In today’s Gospel Jesus tells his disciples the parable of the weeds among the wheat. After a farmer had planted wheat, an enemy scattered weeds among the wheat and when the harvest came, there the weeds were, crowding the wheat.  The servants propose to their master that they pull up the weeds, but he counsels them to let them go until the harvest, lest in pulling up the weeds they also harm the wheat.  Perplexed, the disciples ask Jesus the meaning of his parable. And it is at this point that he explains: “the field is the world.”  I’ve pondered that saying often.  Jesus doesn’t say that the field where God’s word is sown is the church, or the Christian community, but “the world.”  And, the parable implies, we live in an imperfect world of “wheat and weeds” and it is there that the “children of the kingdom” must labor “until the end of the age.”

This orientation of the Christian mission to the world is all important.  We Catholics, for example, are not asked to focus solely on the church, whether we think of our parish, our diocese, our religious community, or even the Church universal.  These are precious to us as our spiritual home.  But the mission entrusted to us by Christ is not to be turned in on the church but outward to the world.  Pope Francis has emphasized this mission perspective from the first day of his role as Pope.  In the days of preparation leading up to the conclave in which he was elected, Pope Francis shared with his fellow Cardinals his reflection on a famous passage from the Book of Revelation— “behold I stand at the door and knock.”  Many, the future Pope said, interpret this to mean that Jesus is knocking on the door of the church in order to get in—but I think of it as Jesus knocking on the door in order to get out!  Out into the world to bring his message of love and reconciliation.!  That is why the Pope has insisted we should think of ourselves not simply as “disciples” of Jesus, but as “missionary disciples”—sent by the Risen Christ to a world in need.

We need the support and example of our fellow Christians among our families and friends.  We need the nourishment of the Eucharist and the sacraments celebrated in our parish church.  We Passionists need the support of our fellow religious.  But the ultimate goal for all of us is to bring the good news of God’s forgiving love to the world, to build, in Pope Francis’ beautiful words, a “civilization of love.”