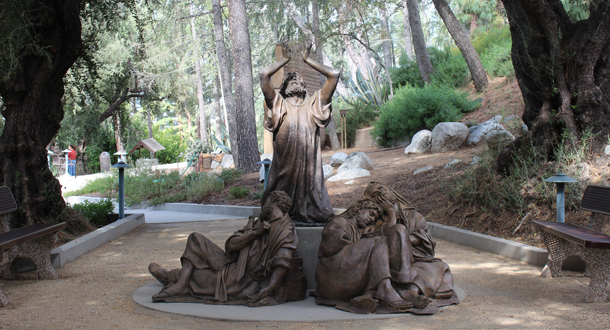 In our Gospel reading for today, Jesus tells the parable of the Wedding Feast, in which a king holds a wedding banquet for his son. He invites the people one would expect to be at this kind of event, but they do not come. The king sends out his servants a second time, but some of the invitees actually mistreat the servants and kill them. The king deals with these, but sends out servants again to invite anyone who will come. But when the banquet is going on, he sees a man not properly dressed for the occasion, and when the man has no response to why he is not wearing a wedding garment, he is thrown out. At the end of the parable, Jesus says, “many are invited, but few are chosen.”

When I first heard this parable closely, I wondered why the king was making such an issue of the man not properly dressed. When I was a pastor, I often cut people some slack about what they were wearing, because I was glad that they were there, especially young people. And if the king just invited anybody, what did he expect? That’s a bit of twentieth or twenty-first century thinking looking at ancient practices. But what came to me was that while everyone is invited to the banquet of eternal life, or even life in Jesus here on earth, we need to be willing to change our lives. This change for me is represented by the wedding garment in the parable.

Are we willing to be changed by the invitation to enter the mystery of God’s love in Jesus Christ? Are we willing to have God, in the words of our first reading from Ezekiel, take from our bodies our “stony hearts” and give us “natural hearts?”

Admittedly, in the light of recent revelations of abuse and cover-ups in the Church, many are looking for monumental change, especially perhaps among the hierarchy. The anger and frustration many feel is warranted, and some more serious discernment needs to occur as the church looks for a meaningful, compassionate, and determined response to what has happened.

This parable challenges all in leadership positions to be open to the change that is necessary. It also calls all of us to be open to conversion. May we hear the ongoing invitation to abundant life in following Jesus.