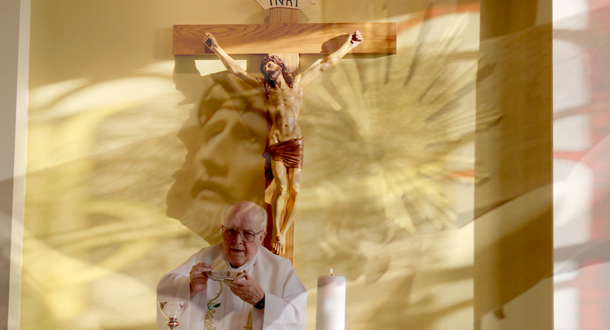 Not too many years after the conclusion of World War II, membership concerns began to consume the leadership of the Catholic Church.  Up to and during that war, church membership was more or less an assured thing, and the maintenance of numbers in the church was not a major issue.

But, especially since Vatican Council II, church membership has taken a “hit”.  And, of course, Vatican Council II has been the obvious candidate for blame in this drop-off in attendance and membership.  What else could it be?  Well, it could be the simultaneous decrease in the membership of religious orders, both men’s and women’s, and their being forced to close many of their institutions, schools especially, because of lack of personnel.  Their gradual disappearance from the educational scene has deprived Catholic children of exposure to the lifestyle of consecrated men and women, and thereby of their example.

And the shift in the immigration influx into this country during these years has undergone a change during this time period.  While immigrants continue to flow into this country, their national origin has changed from a largely European stock to a mainly Latin American and Asian group, introducing a different kind of immigrant, whose practice of regular church attendance at times differs from that traditionally practiced in this country.

These are all likely reasons why church attendance has changed, toward obvious diminishment.  And there are other reasons not mentioned here.  But our scriptural reflections assigned for today address this issue, both unconcerned about diminishment while being more concerned about enlargement.  This corresponds to a venerable tradition in the church about a sense of mission.  It stems from the parting words of Jesus: “Go into the whole world and proclaim the gospel  to every creature.” (Mk. 16.15)

Jesus picks up on this issue in the first reading today, taken from the prophet Isaiah: “I come to gather nations of every language…I will send fugitives to the nations…they shall proclaim my glory among the nations.”  This is the growth theme woven into the sense of mission that is so prominent in the bible.

At the same time, and with a touch of realism, we hear a message today that the success we all want to enjoy in our efforts at being faithful to the Lord is interwoven with “down” moments, when things are not going our way, and we need to hear: “…strengthen your drooping hands and your weak knees…that what is lame may not be disjointed but healed.”   And we are helped in recalling the observation of Jesus in the gospel” Strive to enter through the narrow gate, for many will attempt to enter. but will not be strong enough.”  And the final observation of Jesus in today’s gospel: “For behold, some are last who will be first, and some are first who will be last.”

This is a sobering reminder that the way things were years ago, when church attendance was an ever-growing phenomenon, need not be that way all the time, so that the current depleted church attendance need not be a negative feature but may be a harbinger of better days to come.  Jesus integrates a sense of realism into the practice of counting those whom we notice at church services. Their presence may generate an ill-founded optimism just as their absence may lead to wrong conclusions.  In this regard, we may recall King David’s unfortunate mistake in ordering Joab to register all the people over whom he ruled.  This God regarded as an act of pride on David’s part, that he governed such a large number of people, and God accordingly punished David for what amounted to a display of pride. (2 Sam 24).  So, sheer numbers is not always something of which to be proud.  For, as we hear from Job: “The Lord gave and the Lord has taken away…” (Job 1.21)

Fr. Sebastian MacDonald, C.P. is an active member of the Passionist Community in Louisville, Kentucky.