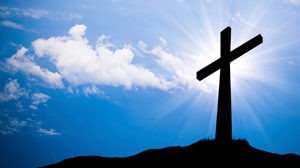 It looks like every other bus in Chicago when it pulls up to your stop, but don’t be fooled. Riding the number 36 bus on Chicago’s North side offers one a microcosmic view of our world and much food for thought. On my more clear-headed days, I stay out of the fray and remain just an observer. On my less clear-headed days, well…

Not too long ago, I boarded the number 36 and got to see a view of myself that is not so pretty, only this time I was an observer. Luckily I had planned ahead and had plenty of time to reach my destination. The man sitting two seats in front of me evidently had not planned as well.

Jerking along with speedy starts and hasty stops made the trip seem a little more like a rodeo than a bus ride, but that’s the number 36. We came to a stop where the driver picked up some patrons, closed the door and before taking off, opened the door again, this time to let a man in a wheel chair aboard. The gentleman occupying the seat in front of me began fidgeting and moving around restlessly. The driver gave the person in the wheelchair ample time to get their seat belt on before proceeding. Just as he was about to move, some younger people came running from behind the bus, yelling “Hold the bus, hold the bus.” The driver waited and let the young people on. Ready to move—not yet—a lady who had been dozing woke up, noticed where we were and convinced the driver to open the door yet again to let her off. Totally exasperated, the fellow in front of me began pulling the rope also requesting to get off, but not really meaning to. It seems he just wanted to communicate without talking to the driver that, “HE was in a hurry, so move this bus”.

I wonder if this is what Jesus meant in today’s gospel selection when he said: “Whoever wishes to come after me must deny himself, take up his cross, and follow me.” (MT 16:24) Please God, give me patience when I need it most.