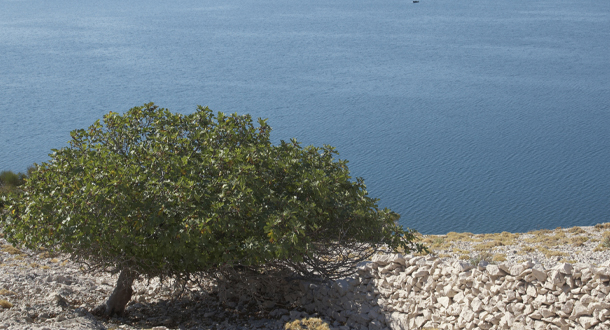 Though Faith anything is possible

Faith is the foundation God wants us all to build from. Without faith everything seems to crumble and fall apart. Faith makes small things big. Faith makes the week strong. Faith can move mountains. Faith makes us see in the dark. Faith gives us courage. Faith is our foundation. God wants us to have faith in him and his divine plan so that we can be happy and look forward to the salvation that is promised to all who believe and have faith.

In the first reading, the whole congregation of Israel, which consisted of thousands of people were without water and their faith in God was completely gone. They had lost focus and were thinking about their immediate problems instead of what God had done for them and how mighty He is. The Israelites even held a council against Moses & Aaron because there was no water and demanded that they do something about it. Their faith was completely gone.

God told Moses to, “take your staff, assemble the community along with Aaron and order the rock to yield its waters.” All he wanted Moses to do was go out in faith and show the people of God that He is still in control and he will always take care of them. Moses went to do what God had asked but he did it with little faith, which caused him to strike the rock not once but twice in order for the water to come out and this act or the attitude that Moses had when he did this, did not show God’s full sanctity to the people. God said to Moses, “Because you were not faithful to me in showing forth my sanctity before the children of Israel, you shall not lead them into the land I will give them. God is faithful and he expects us to be faithful.

In today’s Gospel, God asked his disciples, “Who do people say the Son of Man is?” and they gave him all kinds of examples, Elijah, John the Baptist, Jeremiah or one of the prophets. They quoted what everyone else was saying but inside they all knew who he really was and they had faith in Him. Jesus then asked them, “Who do you say that I am?” Simon Peter was the only one mentioned, that spoke up and he said, “You are the Christ, the Son of the living God.” Simon Peter had faith in who Jesus was. Jesus said, “Blessed are you Simon, son of Jonah, the heavenly Father revealed this to you, not flesh & blood. Because Simon Peter had faith Jesus said, “You are Peter & upon this rock I will build my church and the gates of the Netherworld shall not prevail against it. I will give you the keys to the Kingdom of Heaven.

Later, Jesus began to show them that He must go to Jerusalem and suffer at the hands of the Elders, Chief Priest and Scribes and be killed and rise on the third day. All he wanted them to do was have faith that this was for the good of all. Peter took Jesus aside and said, “God forbid, Lord, no such thing shall happen to you.” Peter’s faith was weakening just that fast. Without our faith and dependence on our Lord and Savior we are weak. Jesus said, “Get behind me Satan, you are an obstacle to me.” He told Peter, you are thinking not as God does but as human beings do without faith. Where is your faith?

In the end, The Church of Peter flourishes in faith and is immune from error. There is no need for us to wonder at this, since the Lord said to Peter, “I have prayed for you, Peter, that your faith may not fail (Lk 22:32).