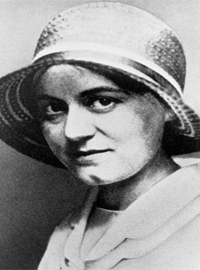 Edith Stein, Jew and Christian,
Both Embraced by the Passion

We began our reading of the prophets in the weekday lectionary six weeks ago with the early prophets when Assyria dominated Near East and took the Northern Kingdom into exile. The unfaithfulness of Judah in the south would invite further disaster upon Israel. Jeremiah was a major spokesman for the the next exile when Babylon replaced the Kingdom of Assyria. The final prophet we read is Ezekiel, an exile himself in Babylon. A first and smaller exile has already taken place. The King of Judah is a prisoner and a puppet king has replaced him in Jerusalem. From exile Ezekiel repeats the pleas of the earlier prophets to return to the covenant and prophecies an even worse exile. This happens when Nebuchadrezzar II, king of Babylonia, destroys Jerusalem for rebelling and takes into exile its population to Babylon.

Ezekiel however is a fitting prophet for us to end on because of his hope and promise.

He tells us of the horror of God leaving the temple early in his prophecy, but ends with God returning to a new temple. God will give a new heart and a new spirit to Israel, although they resemble dry bones in the parched desert they will come together with life.

Matthew today speaks to his Jewish Christian community who live in the midst of Jews who do not follow Jesus. It is a confusing time, the temple has been destroyed. While not in exile the chosen people are scattered. Matthew tells us not to be concerned with status. If you follow Jesus do not look down on those who do not. Matthew longs for oneness within the Jewish community and invites all to Christ. The Good Shepherd will not lose any of his sheep for it is not the will of the Father that any of these little ones be lost!

Todays’ feast of Edith Stein whose name as a Carmelite religious is Teresa Benedicta of the Cross, would be a hero and an example for Matthew’s gospel community. She was not one of the ‘little ones’, rather a world class philosopher, student and teaching assistant to the famous philosopher Edmund Husserl. Because she was Jewish and a woman she could no longer teach at the universities. She did teach young women and also traveled as a speaker for women’s organizations. Her conversion to Christianity and entering the Carmel in Cologne in 1933 was a great suffering for her mother, which Edith in turn felt in her heart.

Edith’s love for Christ seems to have brought her the gift of a special love of the Passion. Her final book is ‘The Science of the Cross’. Arrested on August the 2nd she died in Auschwitz on August 9th,1942. She died with her blood sister Ruth whom she had refused to leave when offered the opportunity to escape to a safer convent in Switzerland. While a great woman she had become one of the least. But it may be more like Jesus in John’s gospel that she appears in the end. Protecting those traveling with her on the train to the East and going to her death bravely, encouraging her sister, ‘let us go and be one with our people’. As the least she came to resemble Christ. Jew and Christian have become one in her. Ezekiel a prophet whom she must have loved is fulfilled: a temple in which God dwelt is raised up anew in glory; dry bones come to life.