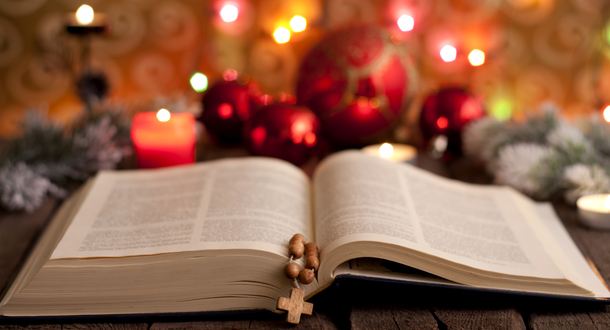 I have always loved to hear people’s stories. I travel a lot for business, which means I meet people from all over the world and all walks of life. I meet cab drivers whose families are halfway across the globe, highly successful business people, event planners, hotel staff from the front desk to the housekeepers, people from small towns and from massive cities, and more. I find that no matter who it is, everyone has a story about their lives, their paths, and what shaped them into who they are. And just like John the Baptist with his camel hair garments and his diet of locusts, sometimes the most powerful stories come from those you would least expect.

I recently rode with a cab driver who, despite his impressive presence had the gentlest eyes and most genuine smile. When I asked him about his story, he told me that the most formative experience of his life happened almost 20 years ago. He picked up three men in his cab, and as they drove down a nearly deserted street, the men attacked him, robbed him, and shot him. The bullet tore a hole in his femoral artery, and they left him for dead. But someone heard the shot and called for an ambulance.

He remembers lying in the emergency room, listening to frantic doctors yelling that they were losing him. He tried to talk, but he couldn’t make anything come out of his mouth. He felt like he was about to explode. Suddenly, he saw the ceiling open up before him, and it was such a bright light that he could barely look at it. In the midst of the light, he saw a pair of open hands reaching down toward him. At that moment, the atmosphere in the room changed. The doctors said, “OK, his vital signs are stabilizing. Keep at it; I think we’ve got him back.” He says he doesn’t understand why or how, but for some reason, God reached down and healed him that day.

The point here is not whether you believe his story. The point is that HE believes it with his whole heart. In fact, he was wiping tears from his eyes as he told me, and apologized that it still chokes  him up to tell it after all these years. Then he went on to tell me how it changed his life.

He said he saw in that moment a higher power that is pure love, and realized we are all a part of it. Although people have free will and they use it to make terrible choices and bring so much evil into the world, he refuses to judge anyone. He figures they just haven’t experienced the overwhelming, personal, unconditional love of God, and don’t yet know that we are all part of that same God, called to be kind, healing, and helpful to each other. He says God cries over the ways we treat each other, and wants us to change so we can spread light, forgiveness, and love instead of hatred, suspicion, and evil. He long ago forgave the men who attacked and shot him (they were never caught), and he prays for them daily. He prays for our world, and tries every day to do whatever he can to spread the love that he believes will save us.

What an Advent message! I will likely never meet this man again. I don’t even know his name. But from the mouth of a “lowly” cab driver just doing his job came the wisdom of the ages. He was John the Baptist in my world that day.

As a result, I resolve even more strongly this Advent to make straight the way of the Lord. In big and small ways, I will try to be a prophetic voice of reason and care crying out in a wilderness that is filled with division, hate, mass shootings, inequitable laws, and injustice.

You and I have been given what we need to serve. No one is too “lowly”. Please join me as together we pave our God’s path. Find a way, no matter the circumstances of your life, no matter where you are and no matter your level of resources. Gather the lost in your arms, spread the love that is the only thing that can save us, and bring light to the world. Forgive. Hug. Offer aid. Defend. Advocate. Act. Just think of the difference we could make if all Catholics, all Christians, did the same.

We dare not wait. Now is the time. Let’s take seriously our baptism with the Holy Spirit and with fire, and help Christ be born again this day for all people.