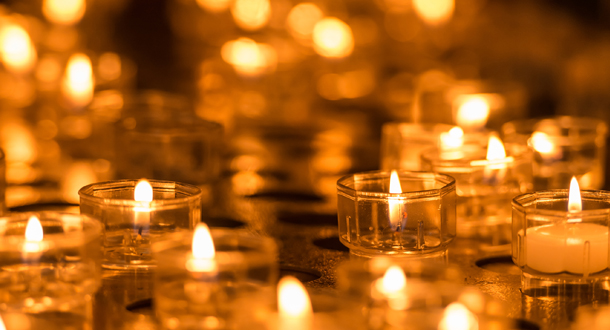 Las Posadas is a popular Latino Advent tradition.  The faithful process on nine evenings with candlelight, reenacting the journey Mary and Joseph took from Nazareth to Bethlehem, searching for lodging (posada) where Mary could give birth to the baby Jesus.  When they were rejected in place after place, they were forced to seek shelter a stable where the Christ Child was born.

Spanish friars introduced this tradition in the 15th century to the forcibly colonized people of Mexico as a way of converting them to Christianity.  Even though I have no facts to back me up, nevertheless I am convinced that within a short time Las Posadas became a ritual of resistance embedded within an ostensibly charming tradition by a people forced to wear the yoke of a foreign culture.  This was no mere effort to convert a people to a different religion.  This was a forced conversion of traditions, culture, and language by the dominant Spanish power.

Such a political understanding of Las Posadas has certainly been the case in our time for many communities throughout the nation.  In Boyle Heights, the poorest barrio of Los Angeles, for example, and in Billings, Montana, the faithful organized Las Posadas processions to advocate for the poor and affordable housing, and immigration rights.  In the central California town of San Juan Bautista, El Teatro Campesino with its powerful theater of political resistance, annually lead the community in Las Posadas with Mary and Joseph dressed as campesinos seeking shelter, fair wages and decent working conditions against a faceless and oppressive agribusiness.

Similar implications of injustice and oppression could not have escaped the indigenous people of Mexico as they were led in Las Posadas led by the Spanish priests.  Like Mary and Joseph, they undoubtedly experienced the pain of rejection, class inequality, discrimination, and displacement.  In this nine-day journey of resistance, they must have they carried the hope that the God who acts in history would one day unshackle them from their oppressor.  In the long December darkness, within the posada songs, the Mexican people may have heard the haunting echo of Isaiah: “Comfort, give comfort to my people” (Is 40:1).

Three-thousand years earlier, God gave comfort to another people similarly forced to assume foreign values in a foreign culture.  The Judeans had suffered a generations-long Babylonian exile.  Through the prophet Isaiah, however, God sent them a message of comfort.  Indeed, this was more than a mere message.  This was a proclamation of “glad tidings” and “good news” – the pivotal term for gospel.  And the good news was that God was about to reveal himself, make himself known, in the oppressive circumstance of their lives.  Get ready, Isaiah tells his people.  “In the desert prepare the way of the LORD…then the glory of the LORD shall be revealed” (Is. 40:3-5).  Isaiah is arousing hope and a vision of stunning possibility among the Judeans.  Get ready; your exile is about to end.  Centuries before Babylon, the Israelites cried out in their shackled Egyptian slavery.  God heard their cry, and through Moses, led them to freedom, their Exodus.

God’s self-revelation is always manifested in acts of salvation, in Egypt, in Babylon – and in a town in Bethlehem.  “God so loved the world, that he sent his only son” (Jn 3:16).  Isaiah’s proclamation of glad tidings, good news, is our good news today, our gospel.  This time, God’s self-revelation came about incarnationally, through a weak and vulnerable infant.

In this season of Advent, we sing the anthem: “O come, O come Emmanuel, and ransom captive Israel that mourns in lonely exile here.”  In many ways and on many levels, we are those exiles, displaced, for example by sin, by consumerism, or addiction.  Others of us are exiled, displaced by poverty, homelessness, political oppression and violence with doors slammed shut, no posada, no room.

Amid this darkness, we are to remain hopeful.  “Comfort, give comfort to my people.”  Isaiah is ever the “disrupter for justice,” as Bible scholar Walter Brueggemann describes the prophets.  Isaiah tells his people to get ready for their freedom, their exodus from the Babylonian oppressor.  Isaiah’s message never changes.  It is simply re-interpreted for different times and circumstances.  Get ready to journey from displacement to restoration, from alienation to reconciliation, from the rejection of lodging to the posada of a stable, and from darkness into light.  Advent is a time of hopeful anticipation.  In the meantime, we await in ritual resistance, refusing to be conformed to this world, but ready to be transformed by the coming of Messiah.