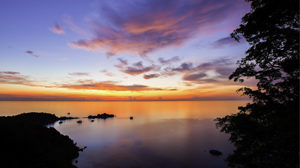 The theme of the two brothers is one that is familiar to all of us. It is a favorite biblical theme.  The stories of Cain and Able, Jacob and Esau, Joseph and his brothers, etc.   In literature we have Steinbeck’s East of Eden, on Broadway ca. 2000 we have the popular play with the John C. Riley and Philip Hoffman in Exit West.   In Matthew we have the story of the two brothers, one refuses to carry out his father’s request, but repents and does.  The second agrees to carry out his father’s request but doesn’t do it.

Matthew’s community some want the community to be an exclusive elite strictly Jewish membership.  Others want to be open to Gentiles.  Some of the members have unsavory reputations, they are prostitutes and tax collectors.  One group says these are beyond redemption. The other says that God works with the humble of heart.  No one is beyond God’s mercy.

No one knows why the one brother refuses to help his father.  Nor do we know what caused the other brother to disobey his father.  Whatever the reasons might be, this is clear.  1.  The invitation to life is rejected by some and accepted by others. 2. Families never give up on each other.  3. Intentions are not sufficient they must be backed up with actions. 4. God’s mercy is without boundaries.   I have heard parents say: “There is no pleasure comparable to that which one’s children bring you.  Nor is there any  pain comparable to the suffering one’s children bring you!”   Neither one of the brothers would seem to be capable of bringing  joy into a parent’s life, even though one in the end did his father’s request.  Still joy seemed to be lacking in the giving.

Pope Francis is encouraging all of us to develop a “Theology of the Other.”  It is in the voice of the other that we hear God’s voice, we hear God’s will.  St. John Paul II called this the mysticism of the face, Johannes Metz called it the mysticism of the eyes. It is in the voice, the face, and the eyes of others that we encounter the Other, God.

from St. Paul of the Cross
"When your soul finds itself deprived of satisfaction, it may help to gently stir up your faith in the Divine Presence. Submit yourself to God; abandon yourself into that immense sea of love without looking for your own enjoyment, but for the Divine Good Pleasure."

Lord, I am struggling to find you. I feel as if I am drowning and I need your divine presence to pull me from the water. Forgive me for this lack of faith. I want to be in union with you on the cross. But I am so fearful of suffering in my life. Help me to never view my earthly suffering as a punishment—but rather, an opportunity to grow closer to you. Teach me to abandon all my worldly fears and anxiety. Take from my heart all my selfish desires and give me the grace to find true peace and happiness in the enormity of your love.

This Sunday’s readings place us in the heart of Jesus’ Sermon on the Mount found in Matthew’s Gospel. In these readings we encounter the beauty and the challenge of Jesus’ authentic teaching.
View on Facebook
·Share