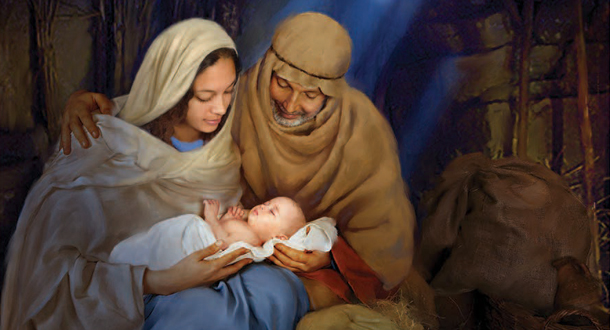 The Nativity of the Lord

About ten years ago college professor Randy Pausch delivered a one-of-a-kind last lecture at Carnegie Melon University that made the world stop and pay attention. The YouTube video was viewed by millions of people, and his best-selling book has been published in 45 languages. Randy, husband and father of three beautiful little kids, learned he had pancreatic cancer and was given a terminal diagnosis: “3 to 6 months of good health left”, but his lecture, entitled “Fulfilling Your Childhood Dreams” is saturated with inspiration and hope. Randy died on July 25, 2008, at the age of 47, but to this day, people everywhere continue to talk about him, share his message, and try to put his life lessons into action in their own lives.

It got me thinking… in parallel way, what if today’s Christmas dinner were to be the last meal with your family? What would you want to say? Or what if this were the last reflection I ever got to write?

If I had only one homily to preach, I’m pretty sure I’d make it a Christmas homily… and I’d probably talk about darkness and light. You don’t need much imagination this Christmas to be in touch with darkness: the civil war Yemen, our church’s clerical sexual abuse horror and episcopal cover-up, global violence, climate change creating a living nightmare, to say nothing of your own personal crises… perhaps finances, broken relationships, illness and aging.

It wasn’t accidental that the savior of the world was born to a poor peasant woman of an occupied country in an animal stall because they were homeless at the time of his birth. And soon Jesus and his family were made refugees and had to flee their country (to a place where their ancestors were held captive slaves) because the most powerful political ruler around the Christ child felt very threatened by his coming… sort of gives a whole new meaning to the word, asylum, doesn’t it?

We stop this morning to question how the Light of the world penetrates our darkness. God isn’t stingy and miserly like Ebenezer Scrooge; God isn’t angry or grumpy like the Grinch who stole Christmas — with a heart 2 sizes too small! God wants to lavish us with LIGHT and LOVE.  C’mon home for Christmas!