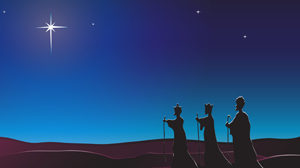 It was an amazing Christmas experience. It was the same feast, yet different in so many ways.

I lived in the Philippines for two years when I was in my late twenties. I often smiled and rolled my eyes when I’d hear at Christmas time Bing Crosby on the radio singing, “I’m dreaming of a white Christmas,” as I lounged under a palm tree in the tropics.  It was not going to happen.

Yet there was something intensely profound in celebrating Christmas there. There, in the midst of immense poverty in the squatter community where I lived, the hope of Christmas really meant something.

For nine days before Christmas Day, before the sun lights the morning sky, Filipinos rise for Simbang Gabi, which literally means “night church,” or often called Misa de Gallo, from the Spanish, “Mass of the Rooster.”  Either way, it was the middle of the night! Winding through tiny homes patched together with scraps of material often salvaged from the adjacent garbage dump, families made their way to the simbahan (church) carrying a “parol” or Filipino lantern shaped like the Star of Bethlehem.

They came in hope, much as I imagine the shepherds did to see a newborn child. They came with expectations, much as the wise men did. They came to a simple chapel, Simbahan ng Kristong Hari (Church of Christ the King), much as Mary and Joseph did to a shed in Bethlehem.

This rising contrasted so profoundly with the rising I remember as a child. We rose to run to the tree to see what Santa Claus brought.  Perhaps we can return this Christmas to the story Filipinos re-enact in their Simbang Gabi:

And the shepherds said to one another, “Do you hear what the angel is saying? Let us rise and go to see him.” All at once, as they were walking, the star stopped over the stable. The shepherds were amazed. How was it possible that the Son of God could be born in such a place? They went in to see him, and they found everything to be as the angel had told them. Then they kneeled down before him and adored him.