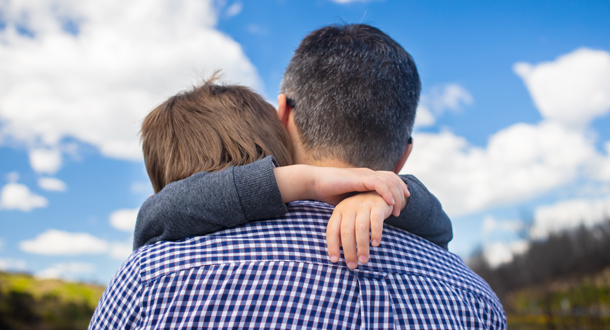 That can be a wonderful mantra addressed to “paying attention” to whatever is going on, good or bad, because in everything is that “trademark of God’s creation” of being very good. I believe that “trademark” is indelible within each soul. And even when things are not good, really bad, there is something about paying attention to that which is deep within through every challenging circumstance, God’s faithful goodness in creation

You may have heard this story about the married couple who were in their tenth year of marriage with a young son in their life. The marriage had grown extremely cold and distant with the husband totally into his profitable work, and the wife putting her time and attention into the son, and just avoiding the painful and awkward distance which had grown between them. They had become strangers to one another.

Till one day the husband got up enough nerve, to come home and announce to his wife that he wanted a divorce. He was bold enough to tell her that there was another woman in his life with whom he was having an affair.  And he had come to the decision that he no longer loved his wife. Her response was a numb silence. She could not respond at the time. The very next evening when he came home, he had laid out a divorce settlement whereby among other things she would get 30% of his company’s earnings and the house and car. Again, there was a numb silence on her part. And on the third evening, when he came home, she had a response, to which he paid attention. She tore to shreds the settlement papers. She told him that she did not want anything from the settlement. She wanted no compensation at all. But she had two requests of him for their divorce conditions. First, that they would stay together in a compatible, normal, relationship during the next month until the end of the school year, so that their son would not be distracted and could take his exams without this upheaval. And, the second request, kept the attention of the husband, as well. She reminded him of how he had carried her into their home on that first day of their marriage. She made the request that every morning through the next month, he would carry her out of the bedroom to the front door of their home. As puzzled as the husband was, he agreed to both requests to make these last days bearable. The next morning when she got up, awkwardly, the husband took her into his arms and carried her to the front door. It was about as awkward in the days that followed but he carried out his promise, that daily lift to the front door. The son noticed after a few days and was beside himself with wonderment and glee to see his dad carry mom to the front door.

After a week the ritual had become less clumsy and easier. It actually had become comfortable. The husband began to have warm feelings around her familiar scent and her putting her arm around his neck in a firm grasp. He was having recall of when he had carried her over the threshold of their home and how tightly he held her and how much he had loved her.

By week three the ritual had become “cozier.” He found himself having feelings of affection towards her. He also noticed that she seemed to be getting thinner. He realized how much pain and hurt she had been burying within. As he carried her he found himself putting his hand on her head in an affectionate way and holding her tightly.

By the end of the final week the husband came to the realization what he had to do. He proceeded to visit, once again, the woman with whom he had been having an affair.  He announced to her that he was ending the relationship and returning to his wife.  That very evening returning home, he had purchased some roses and proceeded to go home to reunite with his wife. When he got home, all was quiet. His son had not returned from a friend’s house, and, he found his wife dead in her bed.

Subsequently, he found out that during the past six months, unbeknownst to him because of his preoccupations, his wife was battling a rare, quickly spreading brain cancer.

The strong lure of self-centeredness and selfishness can only be addressed from the depths of one’s own conscience and soul where the basic goodness of God’s creation is indelibly present, and never leaves. It is up to me to rekindle that energy through surrender to God in the depths of my heart where the indelible trademark lives.