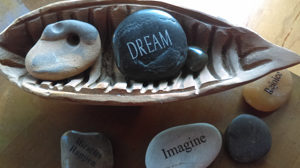 Today’s readings are difficult to comprehend. Abraham, it seems, was misguided into thinking that God would want what the Canaanite gods wanted; so, Abraham, the faith-filled servant who, with his wife Sarah, left his homeland at an advanced age, who chose to obey God even at a tremendous sacrifice, now must wrestle with an even more difficult decision than leaving his past, he must sacrifice his only son, his only future.

We may look upon Israel’s culture at the time of Abraham as barbaric, gruesome, even grisly and archaic, and dismiss these so called “primitive” people who practiced human sacrifice — as ancient history. In the same breath, we like to think of ourselves as sophisticated, highly evolved, an advanced species: but it’s good to remind ourselves that from 1914-1953, upwards of 10 million people were killed… because of the Holocaust, two world wars, and revolutions. And on Ash Wednesday, just last week, seventeen innocent lives were again sacrificed. Columbine. Sandy Hook. Orlando. San Bernardino. Las Vegas… is this the development of human consciousness? One spiritual writer last week penned these words:

When I was a student I remember my formation director telling me, “Questions do not dampen faith, cheap answers do.”

If Karl Barth was correct, and theologians must clutch the newspaper in one hand and the Bible in the other, then today’s liturgy compels me to question: How can I help? How can I fight against gun violence? How can I urge my religious and political leaders to enact change? How can I help people understand that this is a pro-life issue? Today. In our second reading, St. Paul tells the church at Rome, “If God is for us, who can be against us? If God did not spare even his own Son, will he not give us everything else along with him?”