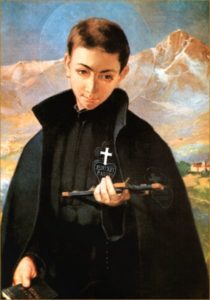 Sometimes when I hear Jesus criticizing the Pharisees in the Gospels I can get on my religious high-horse. I might think Jesus is condemning their hypocrisy, perhaps their arrogance or self-righteous indignation, and I distance myself from that, thinking I am OK. In fact, the Pharisees were good and holy men. They were socially just, they observed the law scrupulously, and they were faithful to their rich heritage. It seems that just wasn’t adequate in Jesus’ eyes, however; Jesus’ teaches his disciples they must surpass the holiness of the Pharisees.

When ancient Israel finally entered the Promised Land, it was not an uninhabited territory. The many Canaanite tribes — Jebusites, Hittites, Amorites — were a violent people. Anthropologists and historians tell us that the punishment for stealing, for example, could be the severing of the perpetrator’s right hand! Israel transformed that culture: the severity of punishment could not exceed that of the crime. Israel’s law stipulated “an eye for an eye and a tooth for a tooth.” And nothing more. The culture further evolves when Jesus instructs, in today’s Gospel, “…you have heard it said, ‘though shall not kill,’…but I say, whoever is angry with his brother is liable to judgment.” You see, the trouble with “an eye for an eye” is that this “justice” quickly deteriorates into tooth for tooth, hatred for hatred, murder for murder. This kind of “low-level” religion never evolves. But Jesus tells his disciples that “greater things than these we will do.”

Our imaginations can be filled with this kind of vengeful thinking, low-level, tit-for-tat religion. Or, as Franciscan Fr. Richard Rohr speaks, “If we don’t transform the violence, we will transmit it.” Perhaps this Lent might be a time, instead, to ponder the holiness of a Gandhi or Pope Francis or someone like Kayla Mueller, the American aide worker, who was killed earlier this month in ISIS captivity. Another contrast might be the life of today’s feast, St. Gabriel Possenti, a 24-year-old Passionist seminarian who died of tuberculosis. “Leave your gift at the altar, go and first be reconciled with your brother or sister, then return to offer your gift.”

Fr. Jack Conley, C.P. is the director of the Office of Mission Effectiveness. He is a member of the Passionist formation community at Catholic Theological Union in Chicago.