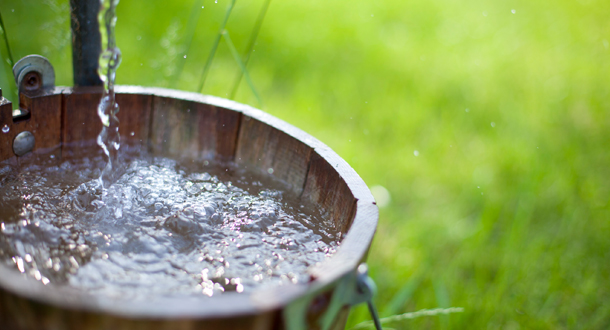 The last recorded words of John the Baptist are pertinent as we launch into the next 34 weeks of Ordinary time with the living Christ. “He must increase, while I must decrease.”

Recently, I was asked to recount “what innate experiences have led me to seek spiritual direction.” Innate means a reality that exists inside a person. It is a determining factor in one’s personal make-up, the essential person.

First, a sense of loss of security, second, weakness or inadequacy and, third, a sense of my limitations. They sound pretty upbeat don’t they?

But these experiences did push me to seek spiritual direction.

The first, the loss of security happened to me twice. As a youth, leaving my family for the Minor Seminary in 1957. And then, thirteen years later when I was ordained a priest, six other Passionists, with whom I had worked in ministry and to whom I had grown close, all had left the priesthood 6 months before my ordination.

The second experience caused an innate sense of weakness, and inadequacy within me. These events occurred when I entered into situations for which I was not prepared, but willingly plunged into. Namely, working in public housing and public schools with people who were considered “at-risk.” At-risk” persons are unable to relate maturely nor responsibly with normal adults.  “Is someone paying you to be here?” I would be asked.

And, finally, a sense of my own limitations, namely, communicating in Spanish, and starting a Catholic high school in a poor neighborhood for low income students, from scratch. (I do not have to define “scratch.”) These innate experiences invite the strength that only comes from the grace greater than human, a love that has overcome Death in all of its forms.

Think imaginatively, of being absorbed by Jesus “increasing” within us as we melt away, ego and all. That is how we are transformed into His likeness. Yes, I know that the awkwardness I felt in those marked experiences was due, somewhat, to self-consciousness. But anyone absorbed in Jesus will be spontaneous, and alert, especially about the needs of others. I’ll never forget, a young woman who attended one of our local “peer motivation groups” in the high school, once confided in me and told me, “Father, when you first came here and hung around outside the school, we thought that you were a mentally ill, bald white man!” I wonder why Jesus’ family tried to take him home a couple times in Mark’s Gospel? Jesus incarnation lives on in and through and with Him. Welcome to the adventure in these not-so-ordinary times.