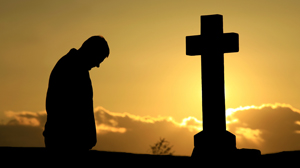 John the Baptist introduced Jesus to the world. “Behold, the Lamb of God, who takes away the sin of the world.” I doubt that we would have put John at the top of a list of those who would introduce Jesus. John’s mission was to introduce Jesus as the promised Messiah, the hope of all the ages. But who would have ever thought that God would have chosen a man like John the Baptist for this task? To say that John was “unique” would be an understatement. He was off the charts! He was a “wilderness man,” a man who lived in the desert, wore clothing made of camel’s hair and ate locust and wild honey. His message was not polished, but blunt and rather succinct. “In those days John the Baptist came, preaching in the Desert of Judea and saying, ‘Repent, for the kingdom of heaven is near.” Yet, this was the man who God had chosen to introduce his Son, the Messiah.

What qualified John the Baptist to be the “first evangelist”? Perhaps it was his humility. St. Thomas wrote, “The virtue of humility consists in keeping oneself within one’s own bounds, not reaching out to things above one, but submitting to one’s superior.” John knew his position in the universe. He was not God. He was not the Messiah. Rather, John was merely a voice, crying in the wilderness; the Messiah was much greater. John did not even consider himself to be worthy to carry the Messiah’s sandals. John baptized with water, but the Messiah’s baptism was far greater.

As we continue our journey into 2017, we pray that we might be able to lead others to Jesus through the humility that let’s Jesus be the Savior. “Who indeed is the victor over the world but the one who believes that Jesus is the Son of God?”

Fr. Don Webber is director of the Office of Mission Effectiveness and resides in Chicago.