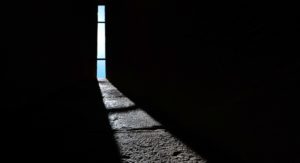 I am a Catholic woman. That sometimes makes me feel like I am constantly being put on trial. It is evident as I travel around the country teaching, especially in areas where spirituality in general and Catholicism in particular is disdainfully dismissed. Sometimes I hear: “Why would anyone choose to adhere to an outdated, patriarchal system run by celibate men in dresses who try to rule every aspect of life, particularly anything having to do with sex or reproduction? Are you a masochist or something?” Another version: “Why do you need to have an institution standing between you and God? Can’t you just have a relationship with God yourself?”

Questioning extends to my family. Of my nine siblings, only two still profess to be Catholic. The others looked back on our upbringing in a small rural town with lifeless Masses, poor religious education, and a highly judgmental attitude toward anyone who didn’t toe the line, and decided there were better ways to find meaning and purpose in life. They ask questions like: “How can an educated, intelligent woman like you remain in a hypocritical system built on rules that often deny reality, including those that specifically exclude you from any position of authority and influence?”

These are tough questions.

To be completely honest, I have asked them of myself countless times. I desperately want to defend the Church I love. I believe in the core doctrines, the Body of Christ, the beauty of the liturgy, the communion of saints, and so much more. Yet for most of my adult life, every time a new development or statement came from Rome – declaring gays to be disordered, forbidding even the discussion of women priests, silencing of faithfully dissenting theologians, changing liturgical language to make God more distant and Jesus more pompous (“chalice” instead of “cup”?), investigating nuns, covering up sexual abuse, and on and on – it brought a new wave of scoffing and a dagger to my heart. You may not feel similar dismay with everything on my list; perhaps you have your own. But I continually have to ask myself how I can keep defending the Church I love when so many rules, teachings, and actions are contrary to what I believe the Gospel asks of us. What do I say when I am challenged, especially when the challenges have the ring of truth?

I have developed a response that makes sense to me. I ask people what they disagree with about American foreign policy, and what they think of our grid-locked political system. I ask their opinion of domestic laws, and the fact that the wealthiest country in the world has such faulty healthcare, so many people living in poverty, and widespread crumbling infrastructure. I ask what they think of a society where women are paid 70% of what a man gets paid for doing the exact same job, where the focus is on profits over people, and where there is a rapidly widening gap between the top income tier and the lower/middle class. Again, their list of complaints may be different than mine, but everyone has disagreements (often vehement ones) with the laws, actions, and government of our country, and it doesn’t take much to set them off.

After allowing them to rant about their list of complaints I ask, “So why do you stay? Why are you American?” The answer invariably follows this line of reasoning: “Because for all of its faults and failings, this is still the best country in the world. I believe in the principles of democracy and the foundations of this country, however imperfectly they are sometimes carried out. I have hope that if we all stick with it and keep struggling to improve, eventually we will correct the wrongs and get on the right path. I’m in it to stay, and I can’t imagine choosing to live anywhere else.”