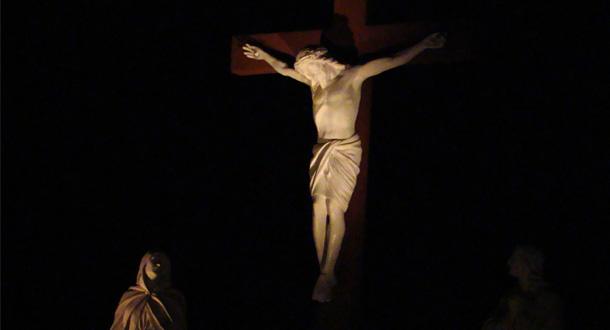 I recently read a fascinating chapter by Bryan Stevenson in his book Just Mercy. Bryan says:

“I guess I’d always known but never fully considered that being broken is what makes us human. We all have our reasons. Sometimes we’re fractured by the choices we make; sometimes we’re shattered by things we would never have chosen. But our brokenness is also the source of our common humanity, the basis for our shared search for comfort, meaning, and healing. Our shared vulnerability and imperfection nurtures and sustains our capacity for compassion.

We have a choice. We can embrace our humanness, which means embracing our broken natures and the compassion that remains our best hope for healing. Or we can deny our brokenness, forswear compassion, and, as a result, deny our own humanity. . . .

So many of us have become afraid and angry. We’ve become so fearful and vengeful that we’ve thrown away children, discarded the disabled, and sanctioned the imprisonment of the sick and the weak—not because they are a threat to public safety or beyond rehabilitation but because we think it makes us seem tough, less broken… We’ve submitted to the harsh instinct to crush those among us whose brokenness is most visible. But simply punishing the broken—walking away from them or hiding them from sight—only ensures that they remain broken and we do, too. There is no wholeness outside of our reciprocal humanity. . . .

Our country is so polarized, and I see it as I travel. Just a few examples: People participating in peaceful rallies are spat upon, called names, and accused of defending criminals. Regardless of where you stand on issues, is this the best and most Christian way to debate its merits?

I talked to a young woman who was walking down the street wearing a hijab when it was ripped from her head by a group of young men who taunted her, called her a terrorist, and told her to go back to her own country. But she is a law-abiding, tax-paying citizen born and raised in the U.S. and no longer feels safe in her own community. Does the Church call us to condemn those of other faiths, abuse them, and cause them to fear us?

A professional woman told me that she thinks all the people demanding their rights are crazy. She says she has never experienced discrimination or gender bias, she had to work hard to achieve the success she has, and so she believes that everyone else is making it up, looking for a handout, lazy, or too sensitive. She said it does no good to talk to people like a single mother trying to make ends meet, a teenager who lives in a section of town dominated by gangs, or any of the others who claim injustice. Would Jesus fail to stop, listen, and truly hear the cries of the poor and marginalized whose experience is different than one’s own?

Finally, and most disturbing, the desperate people presenting themselves at our borders are categorically labeled as murderers and rapists who infest our country. There is no compassion for what would compel them to undertake such a perilous journey with uncertain outcome, nor recognition that immigrants (whether legal or illegal) who commit crimes make up only a tiny fraction of that population. Would Jesus dehumanize entire classes of displaced people and refugees, tear their families apart, and deport them without a hearing?

When Jesus looked at the crowds, the Gospel says, “His heart was moved with pity for them because they were troubled and abandoned, like sheep without a shepherd.” Then he said to his disciples, “The harvest is abundant but the laborers are few; so ask the master of the harvest to send out laborers for his harvest.” Regardless of where you are on the political spectrum, so much of what is happening is against established Catholic doctrines, and as followers of Jesus Christ we need to speak out.

As always, I have to begin with myself. It is so much easier and more expedient to dismiss those who disagree with me and have nothing to do with them or to accuse them of acting under the influence of Satan, just as Jesus was accused of doing. It is infinitely easier to turn away those who are struggling, mistreated, living in poverty, or on the margins than it is to work to correct the societal problems that got them there. It is easier to dehumanize refugees and migrants than to look in their eyes, hear their stories, and enact just immigration laws.  It is easier to stay safe and make sure I am not a target of hateful speech than it is to speak truth to power. But Jesus calls, and I am reminded that all that is necessary for evil to triumph is for enough good people to do nothing.

Can I be a laborer for God’s harvest? Can you? What specific actions can I take this week to protest against injustice, call out bad behavior and unacceptable tactics, and shine a light on unethical practices? Let’s work for a harvest of justice and peace, let’s join together as a prophetic voice, and let’s do it now!