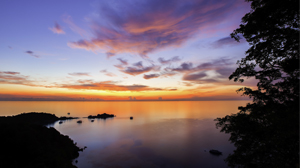 Jacob is heading home.  His journey though is littered with the wreckage of his deceiving his father, Isaac, his stealing the birthright from his twin brother Esau, competing wives, an avaricious uncle, and his own guilty conscience.  For Jacob, returning home means confronting his unresolved internal conflicts and troubled youthful past.

He is surrounded by wives, children, servants, herds, and great possessions.  But none of these can comfort the insecure boy within as he searches for the courage to face Esau, the great obstacle on the road home. He sends them away.

Jacob now stands alone at the Jabbok River, the spiritual divide between his youth and his adult self, between his doubts and his faith.  In Hebrew, the word jabbok is closely related to the word meaning “to wrestle.”  On the banks of this mysterious stream, Jacob meets a mysterious man, “Ish,” in the Hebrew.

Who is this “ish” who wrestles with Jacob on the riverbank?  Ish has many meanings.  It may mean a man, or angel or God.  Could ish be the ghost of Isaac?  Or Esau?  Maybe Ish is Jacob’s darker part of himself that doubts and fears?  Perhaps Ish is all of these — all true twins of Jacob.

Jacob wrestles through the night with Ish.  Finally, at dawn Ish announces Jacob’s new name, new spiritual identity: “Your name shall no longer be Jacob, but Israel, for you have striven with God and men, and have prevailed.”

In confronting his demons rather than running from them, Jacob discovered that Ish is not someone to fear.  Ish is an angel of God who wrestled with Jacob throughout the night, a painful struggle to grow in faith, in spiritual and psychological maturity.

At dawn, Ish disappears.  But the struggle leaves Jacob with a limp.  No one goes through life without getting damaged.

Jacob’s story is our story.  Like Jacob, we are called to cross the Jabbok, cross the threshold from the uncertain and unsatisfactory, and to leave behind all possessions, all that we cling to in false security.  We are called to wrestle with Ish, our ghosts and demons.  We will not walk away unscathed, but with a limp.  It won’t matter, because we no longer will be running in fear, but walking in faith.

Our striving with Ish can transform us in our faith.  Only through life’s struggles will we discover that God is with us, even in suffering, in misfortune, in evil.  This is a loving God who even limps with us on our journey home.