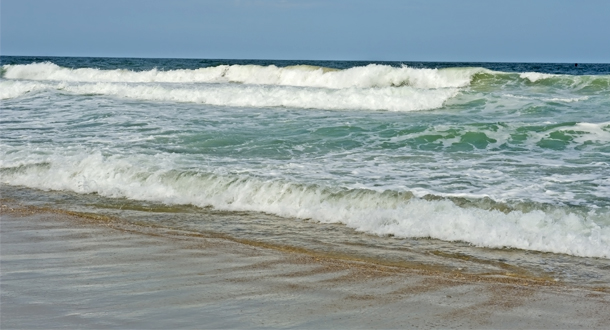 I’m not much of a seafarer. In fact, I’ve rarely been at sea save for the occasional ferry journey between islands in various Passionist Mission territories. In the case of my own homeland there are not too many neighbouring islands within ferry distance save for the ferry from the mainland to the island state of Tasmania which is an 11-hour overnight journey.

However, I do have vivid childhood memories of the ferry ride from the City of Perth to Rottnest Island some 34 kilometres from Perth (approximately 21 miles). [Rottnest Island is home to the Australian quokka – a marsupial and which looks like a very small version of a kangaroo (they belong to the same family as the kangaroo or wallaby). The early Dutch explorers thought they were rats, thus the name ‘rats nest’ i.e. ‘rott nest’ island.]

Anyway, back to the boat ride from Perth to Rottnest. As my family returned from a day on the island, the boat ran into a sudden and severe storm and the previously calm sea became angry and fierce. Waves exploded over the side of the boat and everyone had to hold on for dear life. As a child it was an exciting ride, much like a roller-coaster, but when I look back and recall the look of concern and worry on the faces of my mother and father, I can now appreciate that they were very worried for the safety of their family. A fearfulness that revealed a deeper concern and love.

In today’s gospel reading we see a scene of the disciples gripped by fear too, but perhaps a fear for their own lives!

However, let’s shift our focus from mere seafaring fears to those that arise in life itself.  For if we look at the story with a view to its symbolic significance then we might see the sea as a great symbol of time and history and the boat as image of the little church sailing faithfully across the oceans of time and space bearing the good news of Jesus to every land.

In such a scenario the fear of the disciples in our story might mirror the fears and concerns that Christians have had to face across the entire history of the Church. For in every age the Church has been lashed by ‘storms’! Further we might venture to suggest that in the life journey of every Christian there comes a time when faith is sorely tested and to keep a steady course, and witness to Christ above all else, is very difficult indeed.

The disciples today confirm a pattern that Christians have followed for ages on end. In times of concern and threat we naturally turn to the one who has power to save us.  Perhaps we need not feel guilty to do so. The disciples themselves show us the prayer that seems to arise spontaneously from within….. “Lord, save us!  We are perishing!”

Let us hold fast to our trust that Jesus will always be the one who seeks to save us. He is ready to rebuke the winds and seas that rouble us and to restore calm to our frightened hearts. We may encounter many fears long life’s journey but let us never be afraid to turn to him in our trials!