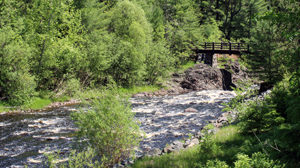 God is not a happy Camper, as we hear today in the scriptures.  He finds so much that displeases Him in the Hebrew people.  It is incredible that He confines Himself to verbal expressions of displeasure with this people when so many other options for dealing with them are available to Him.

But perhaps we can see a conformity between God’s mode of action with the Jews and the fairly recent modes of behavior that parents have adopted in dealing with their misbehaving children.  For just a generation or two ago, parents were not slow to use the rod or some version of it to administer corrections to their wayward children.  Often it was the father of the family who became the enforcer of the law of the household, and the use of the paddle or belt or bare hand was the standard way of his correcting misbehavior.  But, no more.  Apparently, in the last analysis, it was no more effective in correcting a wayward child’s behavior than other forms of correction, such as confinement to the child’s room for a period of time, or denial of fun time with neighborhood kids or some distasteful house chore like washing the dishes.  Or deprival of electronic equipment.

So today we hear God resorting to a kind of tongue-lashing against the wayward Jews.  He does this by shaming them through comparing their current misbehavior with their former ways of loving and obedient behavior.   This comparison was bent on embarassing them for falling away from their better days.  And it shows them how self-defeating their current conduct is hurting no one but themselves, illustrated by the example of water, a precious commodity formerly more available to them, in abundance, than now in a period of scarce supply.

And God’s use of comparison of the present situation—an unhappy one based on the crowd’s inabillty to understand the parables He is using to explain to them what God is about in their lives—with Jesus’ disciples who, as Jesus acknowledges, understand the “mysteries of the kingdom of God” embedded in these parables.  The clear implication is a variation on what a parent might tell a wayward child complaining of his/her punishment: it’s your own fault.

So we have a vivid reminder today that we are engaged in directing our own course in life, and have no one to blame for the mishaps befalling us, except ourselves.  Among the various kinds of unwelcome consequences we suffer for our misbehavior, this is one of the hardest to bear:  to have to admit it’s our own fault.  It’s not a question of a cruel God inflicting punishment on us, but of a wayward self bringing mishaps upon ourselves.

Hopefully the outcome will be not only an improvement in our conduct, but a much enhanced appreciation of Who God is for us—moving us ever further away from perceiving Him as a punitive Person and ever closer to realizing that He is a loving parent waiting for us to awaken to the realization that the problem is ourselves.