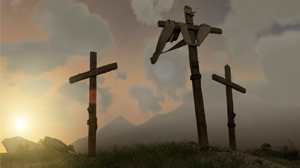 “Can You Drink the Cup?”

Preachers often allude to the wisdom of Dietrich Bonhoeffer (The Cost of Discipleship) and Henri Nouwen (Can You Drink the Cup?). These writers were giants in spirituality not only because of their keen insight, but because of their humility, transparency, even vulnerability. Their appeal is universal because the narrative is so personal.

Maybe that’s why we like Thomas the Doubter, Nathaniel the Cynic, Peter the Impetuous, or James and John… who so miserably fail at grasping Jesus’ message of proclaiming the Kingdom. Matthew softens the effect of the story as Mark expresses it. The latter has the request for status and prestige coming from the two disciples; Matthew has the request coming from their mother!  But how we can identify with their humanity!

Reading the lives of saints or Church history encourages me. I know that the Church requires two miracles — events which defy the laws of nature, as I understand it — for canonization; but to know that Mother (Saint) Teresa of Calcutta battled doubt and depression much of her life, yet remained faithful… well, in my mind, that’s a cause for sainthood by itself!

Commenting on Jesus’ question to his disciples (Can you drink this cup?), Nouwen states,

Spiritual greatness has nothing to do with being greater than others. It has everything to do with being as great as each of us can be. True sanctity is precisely drinking our own cup and trusting that by thus fully claiming our own, irreplaceable journey, we can become a source of hope for many. Vincent Van Gogh, miserable and brokenhearted as he was, believed without question in his vocation to paint, and he went as far as he could with what little he had. This is true for Francis of Assisi, Dorothy Day of New York, and Oscar Romero of San Salvador. Small people, but great in drinking their cups to the full.

Today we are again invited to drink the cup of life that Jesus offers us.