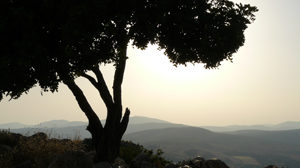 A nickname can be tricky.  It may be imposed on a person in fun, affection or belittlement.  For years, I tried to live down the nickname given me by an uncle — Butch.  But it has stubbornly clung to me.  Like a bulldog biting at my ankle, I can’t shake it.  And so, I’ve made peace with Butch.

A nickname, however, may also be descriptive.  Such was the case with Joseph, a Levite from Cyprus.  He was no leader, no intellectual or powerful orator.  It isn’t clear he even cut an imposing physical stature.

What is it about Joseph then that we remember him today?  We must look to his virtues.  He was bold in his actions, even to the point of being a contrarian.  His overriding concern always were the needs of others, especially those who were ostracized, criticized and marginalized.  He could see in them their special gift.  “When he saw the grace of God, he rejoiced,” we learn of him in Acts 11:23.

Joseph saw the grace of God in an angry Pharisee ostracized for being a fierce persecutor of Christians, in a young man criticized for being too frightened to continue a long and arduous journey with Joseph, in gentiles marginalized, even though they desired to become followers of Christ.  Joseph deliberately sought them out.  He comforted them, listened to them, saw their special gift and encouraged them.

Thanks largely to him, Saul the persecutor became the Apostle Paul and a giant of the Church; the frightened young man, John Mark, became the bold author of our first gospel; and we gentiles are embraced as followers of Christ.

The apostles gave him a nickname that could not have been more fitting.  That is why today we honor, not Joseph the Levite, but Barnabas – the Son of Encouragement.  It is a nickname we all should strive to bear.  To be called Barnabas is to set aside our shallow egos in order to discern the needs of those shoved to the margins, the invisible and forgotten, the ostracized – and like Barnabas, to be able to see in them the grace of God and rejoice.