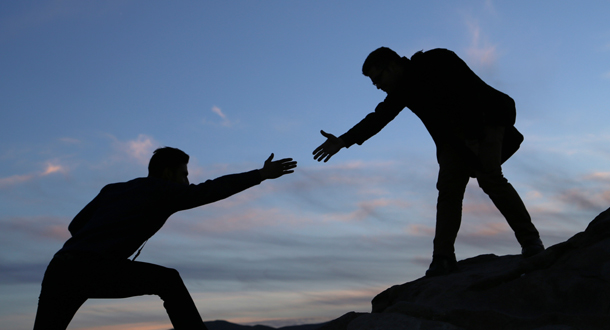 During my teenage years, my best friend from middle School left the Roman Catholic Church and became a Pentecostal.  The nature of his new found Church and faith was more militant than mine. Due to each other’s immaturity this became a source of friction. Very quickly our conversations of his new faith turned into debates about my faith and even faster into heated arguments. He was always more prepared than I was.  The ignorance of my own Catholic faith moved me to read and listen to Catholic apologetics in order to “defend” my faith. This new knowledge of historic facts and biblical passages and my own pride became an arsenal of arguments that I used against my friend. Though our conversations lasted longer and longer, our mutual love and friendship began to crumble.  Soon enough we began to avoid and even to ignore one another.  Just like Elijah and the prophets of Baal, we had prepared our own altars and where waiting to see which one would be set on fire first as a sign of God’s predilection. It was our so-called faith in Jesus Christ that we both used to separate one another, to distance ourselves. We forsook God’s commandments by turning our traditions into a god.

In the Gospel, Jesus reminds us that the fulfillment of God’s Law will be through the Reigning of God. Jesus’ preaching, teachings and life make the Reign visible and orients us toward it. The values of God’s Reign, as we identify them are Justice, Peace and the Integrity of Creation. These are the values with which the prophets’ proclaimed God’s presence and the need of conversion by those called to live in the Covenant. We continue to abide in God’s Law proclaimed by the prophets and by Jesus. This consists not of an exclusive privilege but rather of divine covenant to living and promoting the values of God’s Reign. This is what will make of us the greatest in God’s Reign.

My friend and I certainly missed the point of our faith and we became blinded by our pride. We limited our faith to defending it by belittling the other’s rather than by seeking justice and peace and by honoring the love and charity we owed one another. Certainly, God’s Reign was not visible through either of us or through the triumphalism with which we understood and presented our traditions. Good thing for my friend and I that God’s Law is also rooted in the conversion of our hearts and minds and in forgiveness.

Fr. Hugo Esparza, C.P. is a Passionist of Holy Cross Province now working in Mexico with the Province of Cristo Rey.