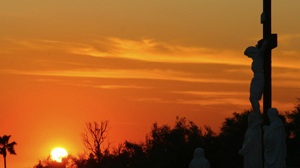 Several years ago, Presbyterian brothers and sisters attacked six Pentecostals about an hour away from where I used to live. Four people received knife wounds, a car was burned, a house was vandalized and most of the religious and civic authorities remained silent here in Chiapas. Apparently, this is not new phenomena. In the past, Catholics have done the same to Christians of others denominations. The attack on the Pentecostal family was not only caused by religious fanaticism but, also, because of political power. The Presbyterian pastor was also the judge of the region, and the elders of the church are his council. A new church would challenge not only the attendance to their church but their monopoly on political power. Unlike the Presbyterians of this area, the Pentecostal family was known to be critical of the government and to participate with the government and its projects. The Mexican Government has used welfare-like programs to gain alliances and shut any criticism of their blatant corruption.  At the end, those who professed faith in Jesus, the Son of God, used his name to provoke and cause violence on others. May God’s merciful judgment come upon us, if we are even to remain silent when violence is perpetuated on others.