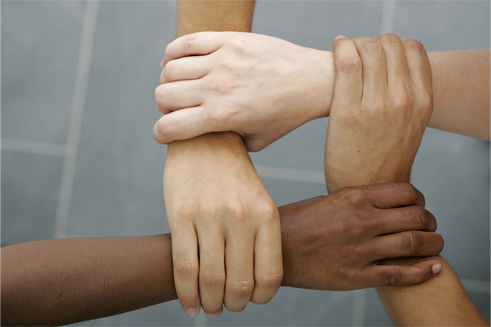 One of the defining features of the life that Jesus led was that he was constantly surrounded by both faith and unbelief which often revealed itself as either support or opposition.

We see this powerfully once again in today’s reading from Mark’s gospel.

Here the pharisees and Herodians have joined forces to plot against Jesus.

There is something revealing in the mere fact that these two parties would even join forces! While both pursuing the goal of a restored Israel their deeper intention and interpretation of this same go was very different. They would not normally have reason to join forces and so the fact that they do is some indication to us of the depth of opposition and resistance the message of Jesus caused them to act out of.  While many found the vision and life-giving message of Jesus liberating, other feared it and opposed Jesus for daring to share such thoughts.

Thus, fear drives them to be allies and they put aside differences and antipathy to devise a trap.

On the surface the question might seem clear if not political. The tax denoted in the text was a specific tax, instituted in A.D. 6 and one which had evoked very strong reactions and even riots. The tax was controversial and so the question is a ‘loaded’ one.

There are numerous interpretations about Jesus’ answer – “Repay to Caesar what belongs to Caesar and to God what belongs to God.”  My favourite is that since they are already carrying Roman money on their person, then they admit by this very act that they see themselves as partly living under the Roman realm and so should live by the tax rules that are set by the Romans and to whom they have acquiesced by their own actions!

But, for today and for our spiritual life, I think it is of importance to notice that Jesus does not carry these coins, nor does he elevate the power of the oppressor up or over that of God.  In the vision of Jesus, and the true answer to the question asked of him, it is to God that the peoples’ true allegiance lies and even if oppressed or occupied the people are free to give to God what is deeper within – the allegiance of their hearts.

I think it is an important answer and one that can be the measure of our own stance in life. No matter what our circumstances (and certainly no matter what our economic status is) we are first and foremost precious in God’s eyes and this is our true wealth. God asks of us no tax, but rather that we give our hearts and wills to God’s vision for our world, for our neighbours and for the everlasting life that is promised to us in Jesus life, death and resurrection.