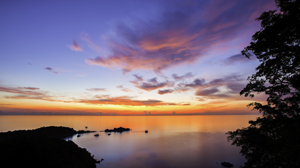 A woman was enthusiastically telling some friends about the value of a first-aid class she had just completed. “Why only yesterday,” she said, “I was driving down the street when I heard this awful crash. I jammed on the brakes, ran back and found a car wrapped around a telephone pole. When I got to the injured driver, I saw a horrible sight. My knees went limp, and I didn’t know what to do. But all at one I remembered something from my first-aid training. Immediately I bent down and put my head between my knees, and it worked! I didn’t faint!”

Jesus said to his disciple: “Not everyone who says to me, ‘Lord, Lord,” will enter the Kingdom of heaven…”

While the Sermon on the Mount begins with Jesus calling his disciples to him and sitting down like a Rabbi to begin to teach them (5:1-2), it ends with Jesus addressing the crowds as a prophet (7:29) . The last part of the Sermon, which forms our text for today, is about action rather than words. It’s not just any kind of action, rather a prophetic one.

If the foundation of our lives is strong, then what we build on it will also be strong. If we have a strong sense of values and know what our priorities are in life, we can continue to be focused on what we have to do. The examples of the one who built his/her house on rock and the one who built his/her house on sand reiterate this point. We have a strong foundation in Jesus. The Sacraments empower us to be prophets in our own times. We are called to live the ‘Eucharist outside the Eucharist’. Each day provides us with ample opportunities the world to put the ‘Word’ into ‘Action’.

Sister Nirmala, former Superior General of the Missionaries of Charity and the successor of Blessed Mother Teresa, passed away on Tuesday, June 23, 2015. Born Nirmala Joshi to a Brahmin family, she joined the Missionaries of Charity after converting from Hinduism at the age of 17. She was impressed by Mother Teresa’s work among the poor and the needy. Her life was a great example in response to Jesus’ invitation to ‘act’.

“Everyone who listens to these words of mine and acts on them will be like a wise man who built his house on rock.”