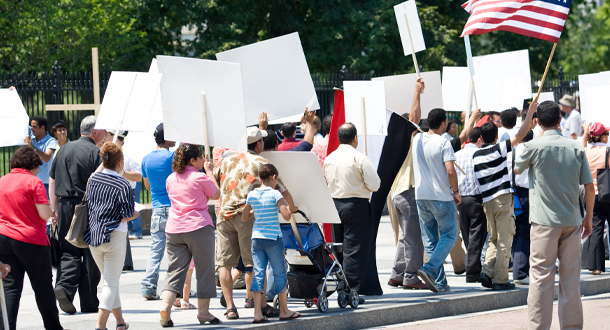 This has been a most difficult week for many of us.  We weren’t even comfortable dealing with a Covid-19 pandemic when now violence, looting, murder, and demonstrations have erupted in our cities and our neighborhoods.  There is a tremendous amount of pent up emotion, prejudice and anger festering in our brothers and sisters, and it is being expressed very loudly.  As I’ve been praying through this 12th chapter of Mark’s gospel, I’m in touch with the anger and hostility the religious leaders had toward Jesus.  His way of life didn’t fit with their vision.  And instead of listening to his message.  It was easier to get rid of him.   Mark lays out three confrontational stories back to back “to catch him in his speech.”   First the Herodians and Pharisees were sent to set a trap him in a cleverly planned situation.  It failed.   Then, the proud Sadducees challenged him, and Jesus corrected their theology, calling these experts, “mistaken.” Third a scribe, recognizing Jesus’ skill approached him with a question of the greatest commandment.   Mark concludes this section with by stating, “And no one had the courage to ask him any more questions.”  That is the line preceding today’s gospel.  And this sets the context for understanding this gospel text.  Now Jesus gets to speak. And those gathered round, having been silenced can do nothing but listen.

Jesus is speaking to a group of people who believe they are the authentic interpreter of scripture, especially the messianic texts.  They also believe that King David was under divine inspiration at the time of writing Psalm 110.   So Jesus uses this knowledge.  Throughout the gospel Jesus doesn’t refer to himself as the messiah.  But it is the mystery for those who believers to ponder.  So is this group willing to ponder the mystery, or to use a phrase from John’s gospel, will they refuse to believe?   Writing about the messiah,  Mark quotes Psalm 110, “The Lord said to my lord….”   In other words the one who is God said to the one who is Messiah,  sit at my right hand…  Thus, how is this Messiah supposed to be David’s son?  So when Jesus asks, “If David himself addresses him as ‘Lord’ in what sense can he be his son”   they couldn’t answer his question.  Nor could they see the messiah when he was staring them in the face.

In all these confrontational encounters Jesus creates something new.  The old categories were too small to hold what was emerging.  And perhaps that is where we are in society today.   For many of us the world has become smaller as it has become more global.  International exchange happens instantaneously.  A murder in Minnesota leads to demonstrations in Europe and Japan.   Something different is emerging.  For many people of the earth, the old categories are too small.  Personally, I don’t believe we can solve our conflictual challenges merely with human achievements or politics.  I think human beings on their own accord are too selfish.  I believe we can get there only if and when we allow Jesus to stretch us which requires faith and trust in the person of Jesus.

Our Universal Church celebrates this day the feast of Boniface, a great Missionary in Europe who was instrumental in reorganizing the church in Germany and the Frankish kingdom. Living in the eighth century as a Benedictine monk, he was sent to preach the Gospel in Germany, earning the title “Apostle of Germany.” His respect earned him greater responsibility as he was named Abbot and eventually Archbishop by Pope Zachary.  As I read about his life, his ability to convert great numbers amidst tremendous civil chaos, it parallels our world this week. I ask, did he bring about a utopia?   No, he brought people to Christ, and not everyone believed.   He died as a martyr when a group of barbarous pagans interrupted the confirmation of a group of neophytes.  It wasn’t a storybook ending.  Boniface was person living in a conflictual society and devoutly focused on Christ.