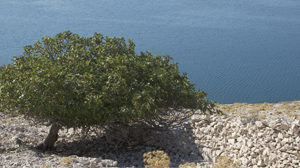 One thing we can rely on: God will always forgive us. There is no sin so big, so grievous, or so intentional that God refuses to forgive it. Jesus even forgave those who killed him, and Jesus commands infinite forgiveness from us. Yet it is incredibly difficult to forgive someone who has deeply hurt me. In a world ruled by revenge-fueled cries of eye-for-an-eye “justice”, forgiveness remains one of the thorniest aspects of discipleship. Although it is far too complex a topic to cover in a these brief reflections, I offer a few thoughts on the misunderstood nature of forgiveness.

First, there is a difference between forgiveness and reconciliation because reconciliation is a mutual endeavor. It begins with forgiveness, with each party admitting their part in the wrongdoing, each one repenting and asking forgiveness of the other, and both parties granting forgiveness. Then both people sincerely engage in the often difficult process of repairing the relationship and rebuilding the trust that was damaged. Both people must want it, and that the relationship must be worth the effort and challenge.

Forgiveness, on the other hand, can be a unilateral act. I can forgive someone even if they show no remorse, don’t repent, and don’t ask for it. Forgiveness is something I do for my own sake and the sake of the Gospel; it is not a “favor” I extend to the offender. It does not mean the offender’s actions were right or OK with me. It doesn’t mean I think the offender deserves to be forgiven (indeed, perhaps there is no remorse or change in behavior and the offender would do it again given the opportunity). It doesn’t mean I give up on any pursuit of justice or due consequences for the action. It does not require that we reconcile.

It DOES mean that I give up my need for revenge. I give up my hate. I give up my desire to see the offender suffer as much as I have suffered. I give up the urge to get even. I refuse to be controlled by someone else’s bad actions. I take back my own power and release myself from being shackled by the venom of anger and vengeance. Hopefully I eventually reach the point where I can pray for that person’s good. I set my heart free from prison, and I can live my life, sleep, eat and laugh without that constant dark shadow. I can heal and be whole.

Forgiveness is not a single decision. It is a process. The greater and more grievous the hurt, the longer the process takes. Even after forgiving, something may happen that brings those old hurts up again and generates the anger, bitterness, and desire for revenge. Then I have to return to the process and reaffirm the forgiveness, over and over again.

Especially during this Lenten season, may we all grow in forgiveness, so that the reign of God may be proclaimed by our lives.

P.S. For an exercise that many people find helpful, click here.

Amy Florian is a teacher and consultant working in Chicago. For many years she has partnered with the Passionists. Visit Amy’s website: http://www.amyflorian.com/.