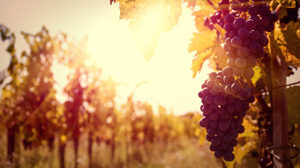 Today’s readings tell the story of two groups who could see those closest to them only as threats. In the first reading, Joseph’s brothers are so consumed by hatred for him that they coldly plot his murder. Not only can they no longer bear his presence but, even more, they can no longer bear the thought of him in their lives. Thus, “that master dreamer,” as they cynically describe him, must be permanently eliminated. They strip him, toss him into an empty cistern to die, and then, without a trace of remorse or compunction, “sat down to their meal.” Joseph is saved only because his brothers, deciding to make a tidy profit, sell him as a slave for twenty pieces of silver.

In the gospel, Jesus addresses a parable “to the chief priests and the elders of the people” because he knows they have hardened their hearts against him. He tells a story of an owner of a vineyard who sends his servants to obtain the harvest. But the tenants beat and kill the servants. Then he sends his son, who in the parable represents Jesus, and they kill him as well. The parable poignantly, yet tragically, reveals Jesus’ awareness that he is such a threat to those to whom he has been sent that he will be killed. Instead of receiving him as who he truly is, the gift of God’s love and mercy in person, they are so threatened by Jesus and his message that they will be satisfied with nothing less than his death.