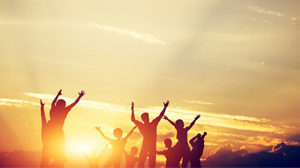 This year, the readings for the second day of March present us with epic events in the history of the children of Israel, and an epic parable told by Jesus to the generation of his time.

Today, the first reading from Genesis recalls the story of Joseph, the favored son of Jacob/Israel. It is epic story because it tells the beginning part of the events that eventually lead to Joseph’s being sold by his brothers into slavery…

…Judah said to his brothers: “What is to be gained by killing our brother and concealing his blood? Rather, let us sell him to these Ishmaelites, instead of doing away with him ourselves. After all, he is our brother, our own flesh.” His brothers agreed. They sold Joseph to the Ishmaelites for twenty pieces of silver.

At first unwelcome and imprisoned in Egypt, Joseph’s situation slowly emerged as a position of influence in the household of the Pharaoh; and, once revealed as the brother that had been sold to slavery, he invites his family to refuge in Egypt from the persistent famine that surrounds them.

The gospel passage that follows is another epic parable, requiring some dramatic twists to unfold the story of a landowner whose tenant farmers refused to pay the portion of the landowner’s rent that was his due out of the vineyard’s produce…and he even sent his own son!

…But the tenants seized the servants and one they beat, another they killed, and a third they stoned.. Again he [the landowner] sent other servants, more numerous than the first ones, but they treated them in the same way. Finally, he sent his son to them, thinking, ‘They will respect my son.’ But when the tenants saw the son, they said to one another, ‘This is the heir. Come, let us kill him and acquire his inheritance.’ They seized him, threw him out of the vineyard, and killed him.

To be candid about these readings, they are presented in the context of the unfolding of the divine plan for the salvation of the human race and its sustaining, created realm. Joseph is not a progenitor of Jesus, but reveals how even human history unfolds the story of salvation. The parable of the murderous mob that Jesus tells is the story of people being overcome by a greed that blinds the human heart and which needs the healing transformation that flows from the Passion and Resurrection of Jesus.

Every biblical story, every story (parable) that Jesus ever told is about us. I wonder how many of us, in good faith, would never think of ourselves as those plotting to kill, or of killing out of greed? Perhaps the recent tragic deaths and injuries at Marjory Stoneman Douglas High school in Parkland, Florida, might help to awaken our consciences.  They sold Joseph to the Ishmaelites for twenty pieces of silver. What is the value of the life of a robust, enthusiastic, talented high school student today?