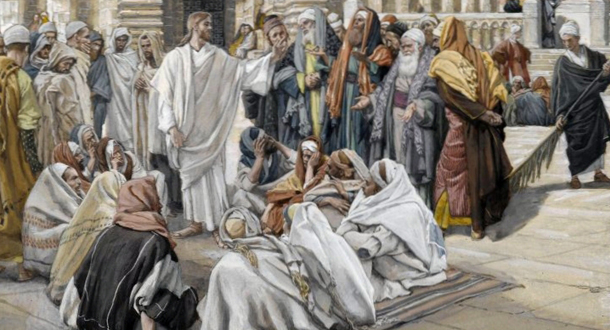 In my younger years, I was a boy scout knowing all the things I needed to do to move to the next rank.  I was proud of my accomplishments much like the Pharisee in today’s gospel, bragging about his behavior.  The Pharisees taught that following God’s law meant one was doing God’s will.  Following the law perfectly meant fulfilling God’s will perfectly, which meant one was closer to God.  (Larry Brody, Word Sunday.com, “Who’s in Charge of the Heart” Permission to use).

The tax collector worked for the occupying forces of Rome and was considered a traitor.  Tax collectors were hated by the Jewish population.  The tax collector stood at a distance from the Temple offering his broken heart to God asking for mercy.   The Pharisee attempted to justify himself by what he did. “The Gospel parable simply used the image of a self-centered Pharisee to preach against the abuses of a “me-first” spirituality.” (Larry Brody, Word Sunday.com, “Who’s in Charge of the Heart” Permission to use)

Am I like the Pharisee self-centered making lists or counting prayers to impress God?  Or am I more like the tax collector focusing on my relationship with God.  During this sacred Lenten season, as the first reading from Hosea instructs us: “Let us know, let us strive to know the LORD; as certain as the dawn is coming, and his judgment shines forth like the light of day HE will come to us like the rain, like spring rain that waters the earth.”

Carl Middleton is a theologian/ethicist and a member of the Passionist Family.