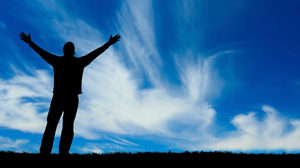 John’s Gospels – Our Final Guide to the Passover of Jesus

In our fourth week of Lent until Easter the lectionary turns to the reading of John’s gospel. It is a glimpse of an ancient lectionary going back to the time when Lent was a three week period. With John we will accompany Jesus to his Passover from death to life, and we will take our place with the beloved disciple who rests upon Jesus heart just as Jesus rests upon the heart of the Father. Jesus is the one who is the way to the Father, and invites us to be one with him on the journey to the Father.

Today’s gospel is the second of three gospel readings this week that make up chapter five. We can approach John in two ways. A commentary can help because our readings are not easily followed, there is little story to hold our attention. A second way is to prayerfully allow the Holy Spirit to lead us to practical connections between John’s words and familiar situations of daily life. The first readings, prayers and prefaces of Lent all help to see invitation.

When chapter five began yesterday we saw the division between Jesus and the Pharisees over the Sabbath. The leaders said they are the custodians of the Sabbath but Jesus says he is one with the Father who is the Lord of the Sabbath. Today Jesus tells us why he can say this: he has authority from the father and brings life. Tomorrow this chapter ends as Jesus invokes three witnesses to support him: John the Baptist, the Father and Scripture. The leaders however will condemn Jesus for making himself one with the Father.

A practical application of John’s words could show us how yesterday Jesus loves the poor. The healed man of Bethesda never says, ‘thank you’. He places his trust with those in power more than with Jesus. He does not have the courage of the man healed at Siloam nor the faith of the official who believes Jesus will heal his dying son. In short this man is poor! Thirty-eight years of sitting in the back row has not developed the best in him. Jesus takes all the initiative with him and loves him no less. Jesus invites our selfless love upon those who do not say, ‘thank you’. But more, we can see Jesus loving us in our poorness?

Or today Jesus defends himself and at the same time reveals gifts to us, ‘As the Father raises the dead and gives life, so also does the Son give life to whomever he wishes.’ ‘Whoever hears my word and believes in the one who sent me has eternal life.’

‘I do not seek my own will but the will of the one who sent me.’ We also give our best to explain or be of service and are not always received. Sometimes children, friends or students and those we serve turn a deaf ear to our gifts. We may feel a dying when our best is rejected. Like Jesus let us trust the Father whom we serve and who loves us as he loves the Son. That cross or that particular dying will be raised up and become life giving in the mystery of God’s saving plan.