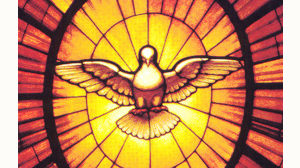 The first reading for this Sunday is from the Acts of the Apostles.  It narrates the first great gathering of the “apostles and elders” in Jerusalem in order to deal with some fundamental problems facing the early church as its mission spread out into the Mediterranean world.   As the reading discretely notes: “…there arose no little dissension and debate”!  One of the greatest challenges was whether non-Jews, that is, the Gentiles, would first have to become Jews before they could be true Christians.  As the reading reports, some Christians from Judea were saying, “Unless you are circumcised according to the Mosaic practice, you cannot be saved.”  But we also know that other early Christian leaders like Paul were completely opposed to this viewpoint.  Paul reverenced his Jewish heritage but he also believed that the saving power of Christ’s death and resurrection embraced all peoples and cultures, and that Gentiles could directly experience God’s grace just as Jewish Christians had. And still others, like the embattled Peter, while believing in the universal outreach of the gospel, tried to find a compromise in order to keep the Jewish Christian and Gentile Christian factions of the church together.  For such a stance, we know that Peter received an earful from Paul—as the “Apostle to the Gentiles” states in his letter to the Galatians: “I opposed [Peter] to his face because he clearly was wrong.”  Paul was not one to put things diplomatically…

At that council in Jerusalem, the leaders of the church debated the issue and came to a consensus.  The first reading for today includes the beautiful letter that the leaders sent to reassure the Christians of “Antioch, Syria, and Cilicia”—the Gentile territories evangelized by Paul and Barnabas and others.  “It is the decision of the Holy Spirit and of us not to place on you any burden beyond these necessities…”  Then the council members asked the Gentile Christians to accept a compromise such as abstaining from certain forbidden foods and from unlawful marriage, things very sensitive for Jewish Christians.

The reference to “the decision of the Holy Spirit and of us” is a key point; there is an important reference to the Spirit in the Gospel reading for today taken from John’s Gospel.  On the eve of his death, Jesus reassures his disciples that even though he will be absent from them, he will send upon them the “Paraclete”—John’s unique term for the Spirit—who “will teach you everything and remind you of all that I told you.”

The power of the Spirit and the outreach of the Christian message to the entire world are fundamental themes of the New Testament.  God’s Spirit is expansive and all-embracing; God’s mercy is not restricted to one race or one people or one viewpoint.  Before God, all of us are equal.  We can remember Paul’s famous formula for this spirit of inclusion: “There is neither Jew nor Greek, there is neither slave nor free person, there is not male and female, for you are all one in Christ Jesus” (Galatians 3:28).  Working this out in practical terms while remaining faithful to the gospel was often challenging, and anyone who thinks of the early church as an ideal community that had no problems or divisions, should read again these chapters from the Acts of the Apostles!  The church today is the same: a very human community but yet one filled with the gift of the Spirit.  That Spirit—the Paraclete—will keep reminding us, even in the midst of our divisions and debates, that we are called to transcend our differences and become one in Christ.  This is a compelling quality of the Christian vision so necessary today when prominent—and loud—voices are fostering divisions and suspicion among the peoples of the world.