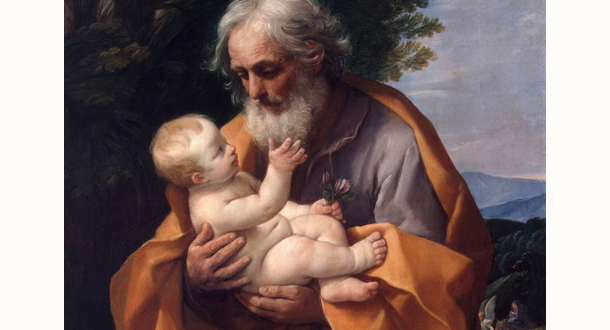 Feast of St. Joseph the Worker

The recent tragic fire in Notre Dame Cathedral in Paris consumed the massive oak beams that supported the roof and spire of this exquisite and venerable church.  Experts noted that it would be impossible to replace those beams in the identical way because there no longer exists oak trees of such tremendous size anywhere in present-day France.  The great forests that existed in medieval France have long since disappeared as agriculture and industry and populations increased.

This footnote to the story of Notre Dame came to me as I reflected on this feast of Joseph the Worker and especially the reading from Genesis assigned to it.  The creation account in Genesis describes in a beautiful rhythm God’s creation of our universe, including the oceans, the land, all the vegetation, and the animals.  The creation of the human being, male and female, comes as the climactic point in this outburst of God’s love and creativity.

Because humans are made in the “image and likeness” of God, they actually share in God’s responsibility for creation.  In the past, some interpreters assumed that the reference to the human’s “domination” of creation gave license to do with it as one wants—even exploiting and destroying it to serve human interests.  Awareness of the devastation such an attitude can cause and, now much more sensitive to our place in the universe, we have become aware that in fact we are part of God’s creation and must care for it.

Pope Francis, along with his predecessors, Pope Benedict and St. John Paul II, have reminded us that care for God’s creation is in fact a moral issue—one that should be of great concern to us as followers of Jesus, God’s incarnate Son.

The Church today lifts up the example of St. Joseph as a model worker.  He used his craft to protect and nourish the Holy Family.  He worked with his hands and enhanced the beauty of nature.  All around the world today, many countries celebrate May 1 as a day to honor the dignity and contribution of human labor to our collective well-being.  By reminding us of the creation story from Genesis and the place of human life and labor within the beauty of God’s universe, we are also reminded that each of us, in whatever way is open to us, no matter how small it may seem, should work to enhance and respect our common home.