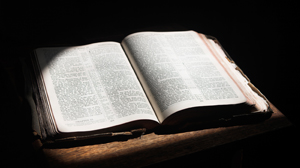 ‘It is the decision of the Holy Spirit and of us not to place on you any burden beyond these necessities, namely, to abstain from meat sacrificed to idols, from blood, from meats of strangled animals, and from unlawful marriage. If you keep free of these, you will be doing what is right. Farewell.'”  Acts 15: 28 – 29

None of us are immune from disputes or conflicts or differences of opinion. We may not be aware of how our early life experience shaped the way we respond to these very human occurrences. The vast majority of people who come to see me and are in crisis is because of a conflict with a spouse or a child. Most of the time, these people see me because they have failed to resolve their crisis over a period of time. The more they fail to resolve a crisis, the more frustrated and the more upset they become with themselves and with their opponents. They may come to a point where they cannot resolve their issues and will walk away from each other. Society has even coined a term for this: irreconcilable differences.

One of the reasons why I liked reading the Acts of the Apostles every Easter season is because we are given example of how to resolve conflicts. The religious and political leaders of their time had only one way: declare their opponents as lawbreakers and punish them severely, sometimes by death. They were under the false impression that “might makes right.” In several incidences in the Acts of the Apostles, conflicts are resolved by lying and false witnesses. Lies never stand the test of time. Lies never resolve conflicts.

In today’s first reading, we have a very good example of how the early church resolved a very difficult problem: what to do with those who profess their faith in Jesus the Christ as the Son of God and who were not born Jews. Some said that they needed to become Jews before they could become Christian. Those who were evangelizing Gentiles said “no” to that solution. So, they resolved the question by coming together for prayer, dialogue and consensus.

It took a lot of hard work to resolve this issue. This passage from the Acts shows us how the early Church resolved difficult problems. First, they trusted that the Holy Spirit would give the wisdom to decide for the common good. Second, they listened with respect to those who presented their case before the assembly, “the church.” Lastly, the decision was made by the whole church, even though some may still have been of a different opinion. Once, the decision was made, then it was communicated to everyone.

We should not shy away from difficult decisions. As we see from this example from the Acts of the Apostles, the resolution will lead to a strengthening of the bond between those in conflict. The Holy Spirit knows how to create new life and new energy resulting from conflict-resolution. This may help us to prepare for the coming of the Feast of Pentecost.

This reflection would not be complete without making a reference to the Gospel passage. Jesus had a profound understanding of human nature and had to settle many a conflict among his disciples. His solution was sacrificing self by means of Love. “No one has greater love than this, to lay down one’s life for one’s friends.” (John 15:13) Jesus never lost confidence in loving us! May we continue to believe that Love Overcomes All!