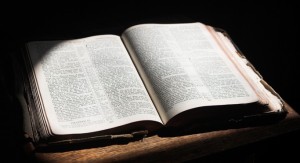 Do you remember far enough back in time to call from out of your memory those moments that clearly and publicly said, “I am a Catholic”? I think that there used to be a lot more of them the farther back I go in my memories of growing up in East Los Angeles. For example, in the 1950’s “released time” religious education was the way I received my catechism training during the years that I was not enrolled at Resurrection School. The Victory Noll Sisters would meet us at the school building doors, and we would walk down the street to the home of a parishioner who had volunteered space in the family garage for us to set up our folding chairs, and sit before the blackboard and the Sister who conducted the class. That two- or three-block walk, past the corner store and the barber shop on our way to the proffered garage was our moment to be seen as the “Catholic kids”.

During the years that I attended Resurrection School, if I walked the two miles from my house to the school, it was in our Catholic School uniform, and once again, a public display of my being Catholic.

On First Fridays, we were expected to be at 8 a.m. Mass, and on Fridays of Lent, we left school early, and were marched all together to the parish church for Stations of the Cross.

Girls in May, and boys in June would collect at the little Mexican church of Monte Carmelo on Hunter Street, to “offer flowers” during the evening recitation of the rosary. We were expected to wear white; white dresses for the girls, and white shirts for the boys. As weekday evening fell, white dresses and white shirts would converge from the neighborhood for one more testimony to our being Catholic.

Sometimes our Catholic identity was reinforced by our passing by a Protestant church in the neighborhood. We would never have gone into one, but passing by on a Sunday morning one heard a lot more singing than we were used to. A synonym for “non-Catholic” when I was growing up was “holy roller”, which reveals more bigotry than I wish to acknowledge.

Eventually, after we had had the opportunity to meet and befriend people of other faiths, we had a more realistic sense of what “being Catholic” and “being Protestant” meant.

One difference that stood out in my mind was that Protestant prayers ended with the name of Jesus when Catholic prayers just concluded with a heartfelt “Amen”. Television evangelists often prayed “in Jesus’ name”; or “in the name of Jesus, the Lord”. If the prayer was addressed to Jesus, then the closing phrase might be “in Your name, we pray.”

Clearly, the Protestant faithful were onto something. While we Catholics were trying to build up the efficaciousness of our prayers by appealing to the intercession of patron saints or favorite saints, the Protestant pray-ers were putting all their bets down on Jesus’ name!

Today’s Gospel passage, from the Gospel of John, and in particular, the concluding verse, John 14:14, reminded me of this cultural difference. In fact, the cultural difference has valid and profound roots in scriptural theology. What I had once considered simply a different tradition of prayer forms, was instead rooted in an understanding of “name” that far exceeds a sectarian preference.

In scripture, “name” is a sacred reality; more than a word, it is the equivalent of the identity of a person, place, or thing. Our Creator-God is the first to name the realities of creation (Gen 1:5, 8, 10). In the second creation account of Genesis, God gives the power to name what has been created to Adam (Gen 2:19-20). God gives a new identity and purpose to a person’s life by renewing that person’s name (e.g., Abram/Abraham, Jacob/Israel; Simon/Peter; Saul/Paul). God’s nature is revealed as a perduring presence in the divine name revealed to Moses (Ex3:14). Key moments of the Infancy Narrative of Luke’s gospel are about the name of the child, Jesus (Lk 1:31, 32, 35; 2:21). In His public ministry, Jesus also begins to use the expression “in my name”. The apostles are concerned about people who have appropriated Jesus’ name without belonging to the body of disciples (Mark 9:38-39).

What does it mean to do anything at all “in the name of Jesus”?

It is a bold affirmation, that we pretend to do anything at all “in the name of Jesus.” Is my prayer worthy to be called the prayer of Jesus? Is my effort to be reconciled with my brother or my sister worthy of the reconciliation that Jesus won for us on the cross? Is my prayer for success, or for health, or for mercy, worthy of the prayer of Jesus for whom success was liberating, for whom healing was in body and spirit, and for whom mercy was unconditional?

Fr. Arthur Carrillo, C.P.,  is the director of the Missions for Holy Cross Province.  He lives in Chicago, Illinois.