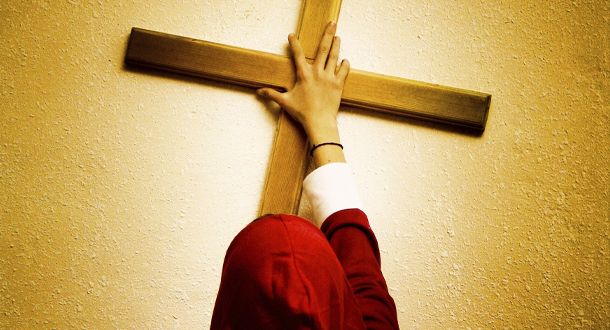 In today’s readings, it’s time to say goodbye.  Nobody likes goodbyes, especially when they know they will never be reunited.

Such was the case with Paul and his followers in Ephesus where he had ministered for three years.  The people knew they would never see his face again.  In his tearful farewell, Paul offered parting advice.  He urged them to remain vigilant, knowing they will face hard times.

“Be aware,” Paul told the Ephesians, “that after I am gone, you will be tried, even by people you know.  These men are going to pervert the truth in an effort to lead people away from you and from Jesus.”

Paul told the leaders of the church in Ephesus that they must work on behalf of the poor and weak.

Similarly, in his farewell discourse, Jesus prays for his disciples.  He knows they will feel alone, abandoned and frightened.  Their faith will be severely tested.  It is no wonder, then, that this “high priestly prayer” is Jesus’ longest prayer in the gospels.

He prays for unity among his disciples.  Indeed, unity is the cry of the New Testament.  He prays that the Father will protect them in a hostile world.  And, despite their trials and persecution, Jesus prays that they will live in the joy the of the Good News.  In all things, Jesus assures them that the Father will protect and guard them, and not lose them.

We live in difficult times, in the tension of the now and not yet.  We are called to live the Gospel in world that doesn’t always uphold gospel values, and often is hostile to them.  In such times, we are called to stand in the company of the tearful Ephesians and the fearful disciples.  We, too, can take great comfort in Paul’s exhortation and Jesus’s prayer.  We, too, can witness to the Good News — with joy.